Meaning of Idiom ‘High and Mighty’

High and mighty is sometimes used to describe powerful and important people, but there is always at least some humor or sarcasm in the idiom.

“All the parents in the PTO act so high and mighty. I can’t stand to be around them but I want to be involved in my son’s school.”

“Ms. Wood looks down on everybody in town. She is so high and mighty!”

“He grew up surrounded by the high and mighty but he is surprisingly humble and kind.”

“Harrison is too high and mighty to do anything for himself. He even has someone to assist him in getting dressed in the morning.” 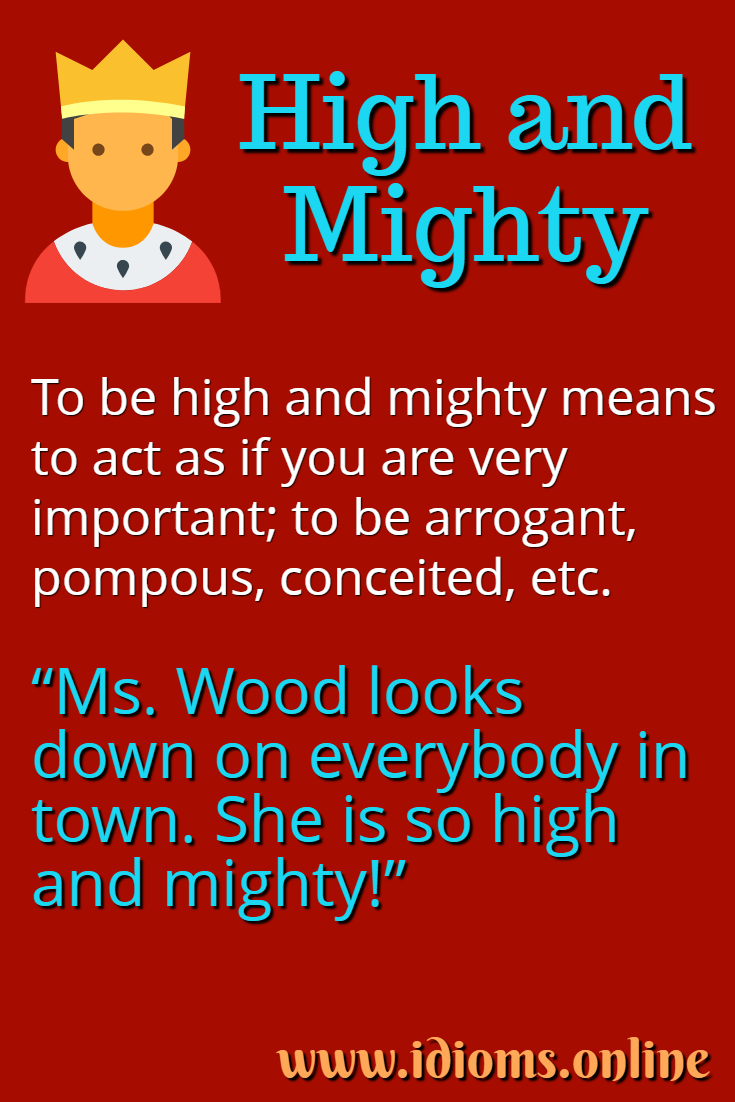 This idiom originally referred to aristocrats and rulers, as it occoassionally does today. By the 1600s, however, it had begun to refer to anyone who is arrogant. 5Ammer, Christine. American Heritage Dictionary of Idioms. Boston: Houghton Mifflin Harcourt, 2013.