To describe someone as living in an ivory tower is a derogatory way of saying they are sheltered, separated, or insulated from the realities of life. The expression is most often used to refer to the world of academia and its disconnection to the practical concerns of everyday life, but politicians and economists are frequent targets, as well. It is also used to describe those who grew up with comfort and wealth as in the variant ‘raised in an ivory tower.’ The idiom can be applied to anyone who seems unaware of harsh truths and is naive but haughty, superior, spoiled, or unaffected.

“My professor said today that anyone can be successful and that if you are poor it’s because you made the wrong decisions in life. I told him to come down out of his ivory tower. I’ll probably flunk!”

“She has no business being in charge of a charity. She was raised in an ivory tower.”

“Rich CEOs, sitting in their ivory towers, could care less about the conditions of workers.”

“His ivory tower life left him unprepared for being unemployed.” 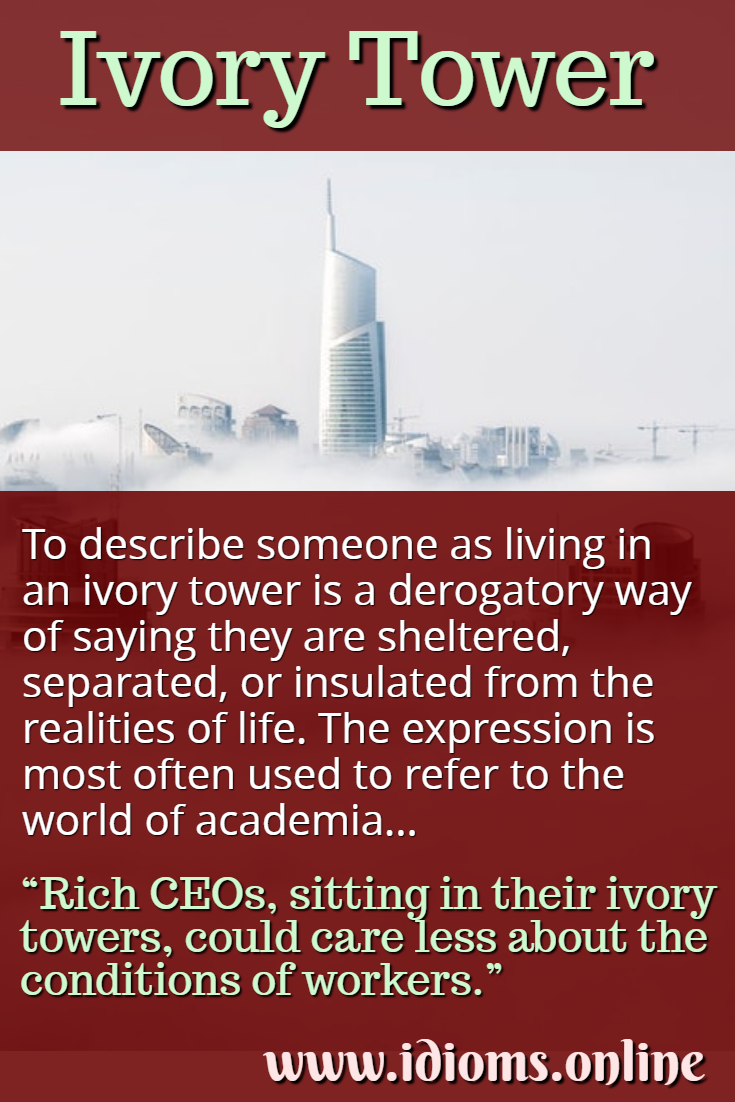 Alluding to a tall white building where someone lives on the top floor completely secluded from the world below, the idiom began as a French reference to the romantic poets. It has long been said that artists “construct their own ivory tower,” separate from the real world.

The term ivory tower itself originated in the Bible’s Song of Solomon and has long been a symbol of isolation and being out of touch with reality/ Since in the Song of Solomon ‘ivory tower’ was used to describe the neck of a beautiful woman, it is unclear how it evolved into its present-day use.