To ‘march to the beat of a different drummer’ means to act independently and to behave differently than what is expected or is the norm. Someone who “marches to his own beat” is a person who is not constrained by social norms or rules. The idiom may or may not allude to someone who is purposely unconventional.

“Jack is an unusual guy, he really marches to the beat of a different drummer.”

“I don’t know if you can keep up with Sue, she would rather rappel down a mountain than go out to a movie. She marches to the beat of her own drummer.” 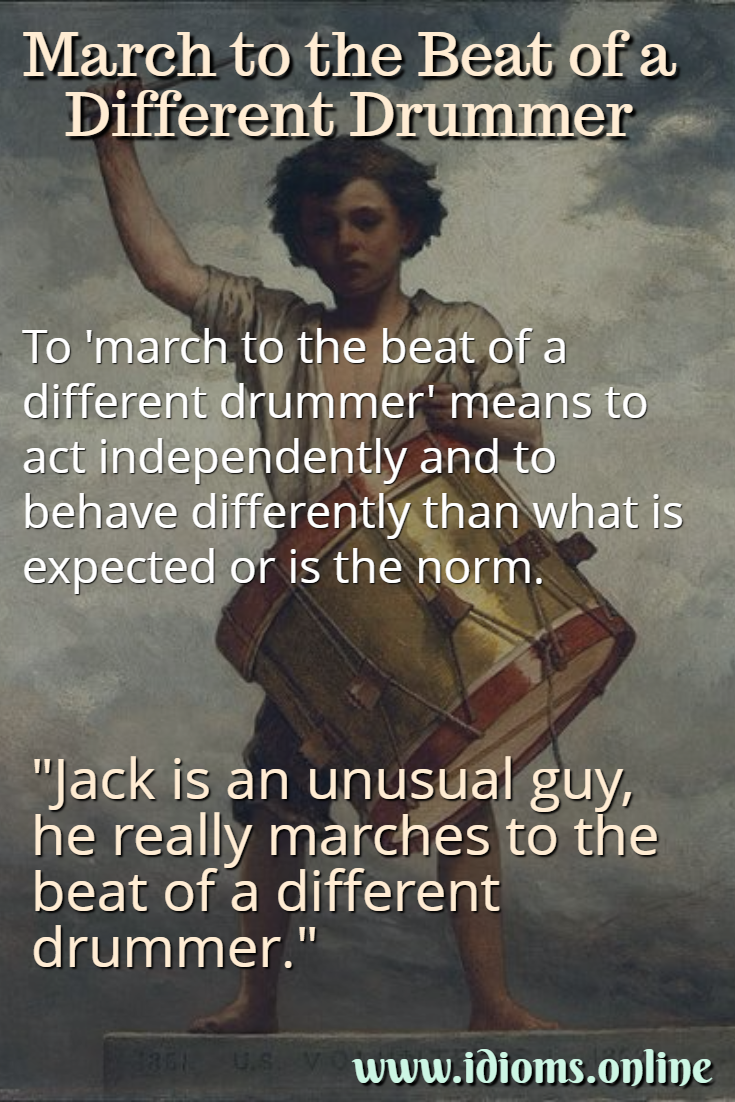 According to the American Heritage Dictionary of Idioms, the idiom alludes to someone who is marching in a parade and is out of step. It may have originated with Henry David Thoreau’s Statement in Walden (1854): “If a man does not keep pace with his companions, perhaps it is because he hears a different drummer.”