Meaning of Idiom ‘Beat the Bushes (for something or someone)’

This idiom should not be confused with beat around the bush, which has a similar origin but a different meaning.

“The police are beating the bushes for the suspect, but so far he is nowhere to be found.”

“I’ve been out beating the bushes for new clients all day. I never thought getting a new law practice off the ground would be so difficult.”

“It’s time to beat the bushes for a new office assistant,” said Mr. Smith. “Jonathan is leaving us.”

“Last Christmas Eve I spent all day beating the bushes for the toy my son wanted. This year, I’m prepared!” 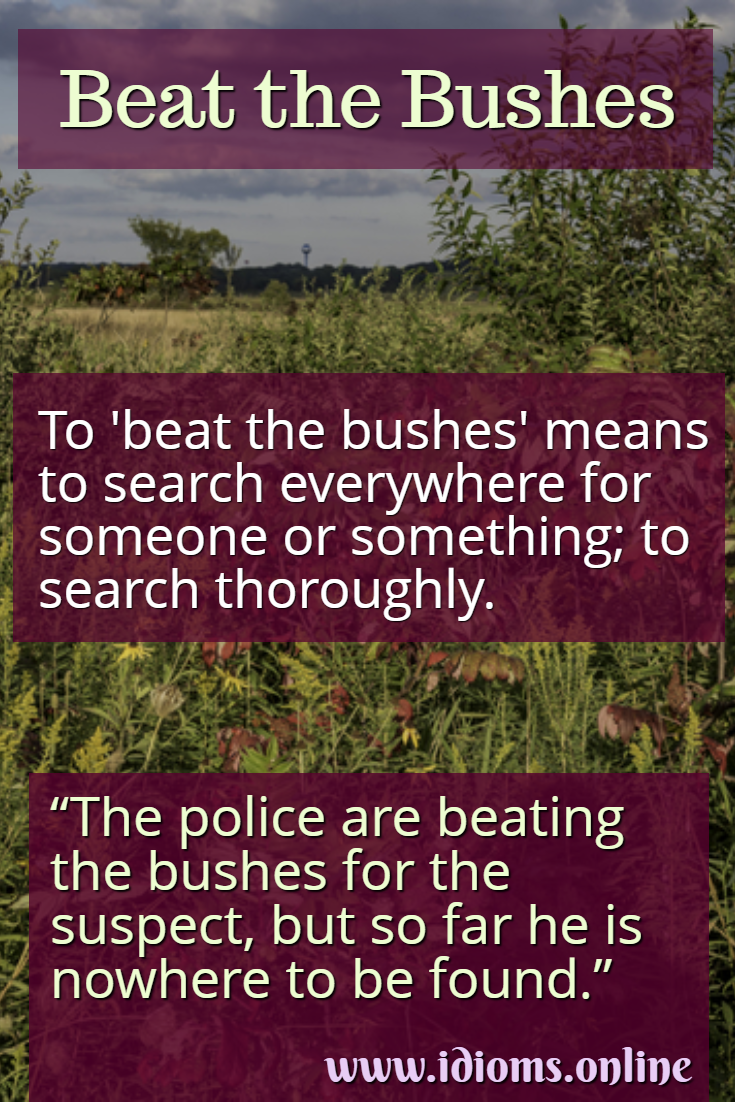 This idiom originated in the practice of using sticks or poles to beat bushes in which birds or other animals might be hiding, thus startling them out of the undergrowth so that hunters could shoot or net them. 5Ayto, John. Oxford Dictionary of English Idioms. Oxford: Oxford U, 2010. Beat the bushes has the same or similar origin as beat around the bushes, although they have different meanings.