Meaning of the Idiom ‘An Army Marches on Its Stomach’

The idiom phrase ‘an army marches on its stomach’ means that soldiers, workers, or anyone else expected to perform a task cannot function effectively unless they are well fed.

A variation is ‘an army travels on its stomach.’

The idiom is often used as a standalone statement to make the point that workers, soldiers, etc. need be afforded the means to eat regularly if they are to be expected to perform well.

“Cutting the workers lunch time is not going to increase production. An army marches on its stomach!”

“You all better break for lunch. We have a long day ahead of us and an army marches on its stomach. 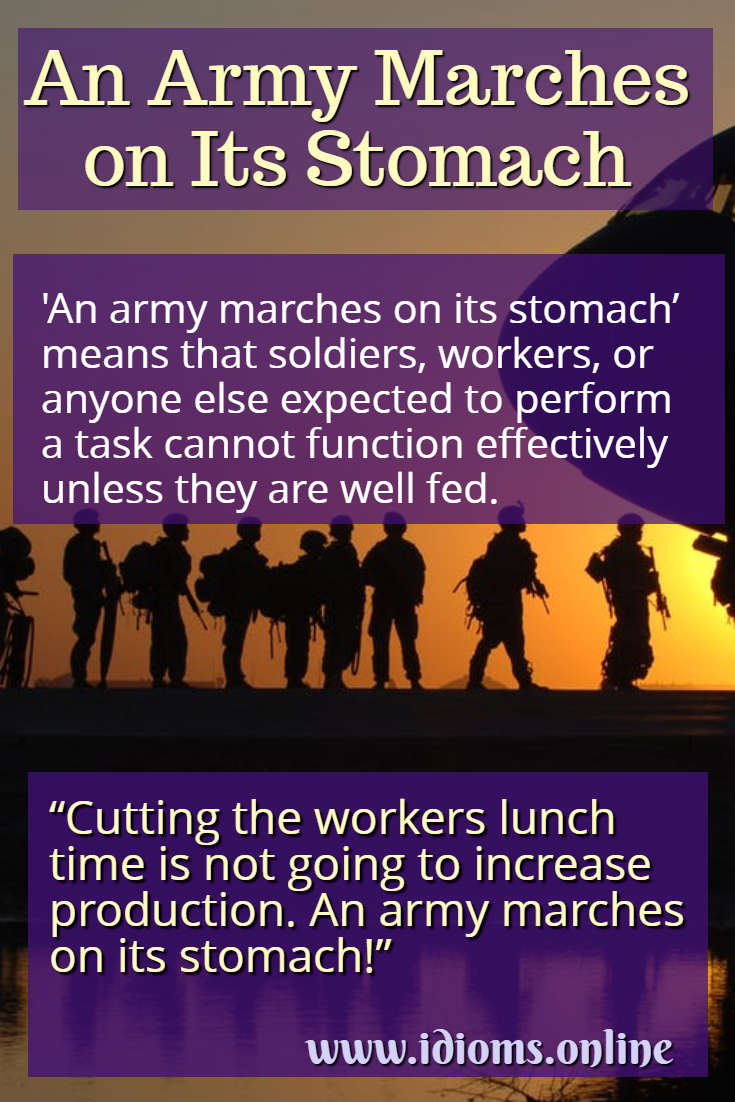 This idiom has been attributed to Frederick the Great (1712) and Napolean Bonaparte (1760-1821). It is an English version of the French phrase c’est la soupe qui fait la soldat or ‘it’s the soup that makes the soldier.’

Ernest Hemingway used a version of the phrase in A Farewell to Arms (1929):

“We Should go,” one of the sergeants said, eating his cheese and drinking a cup of wine.
“We’ll go. Don’t worry,” Bonello said.
“An army travels on its stomach,” I said.
“What?” ased the sergeant.
“It’s better to eat.”