Mothball (verb): To store something but keep it ready for future use; to delay or defer something, such as plans or a project, indefinitely. 1Ayto, John. Oxford Dictionary of English Idioms. Oxford: Oxford U, 2010.,2Ammer, Christine. American Heritage Dictionary of Idioms. Boston: Houghton Mifflin Harcourt, 2013.

To put in mothballs has the same meaning.

“The IT people told us there was no point in mothballing the old computers. By the time we need them, they will be out of date and useless.”

“You can’t just put your vintage cars in mothballs for years. You have to drive them every once in a while.”

“The old ship has been in mothballs since the end of World War II so the Navy has decided to turn it into a floating museum.”

“The plans for a new Mar’s mission was put in mothballs by NASA.” 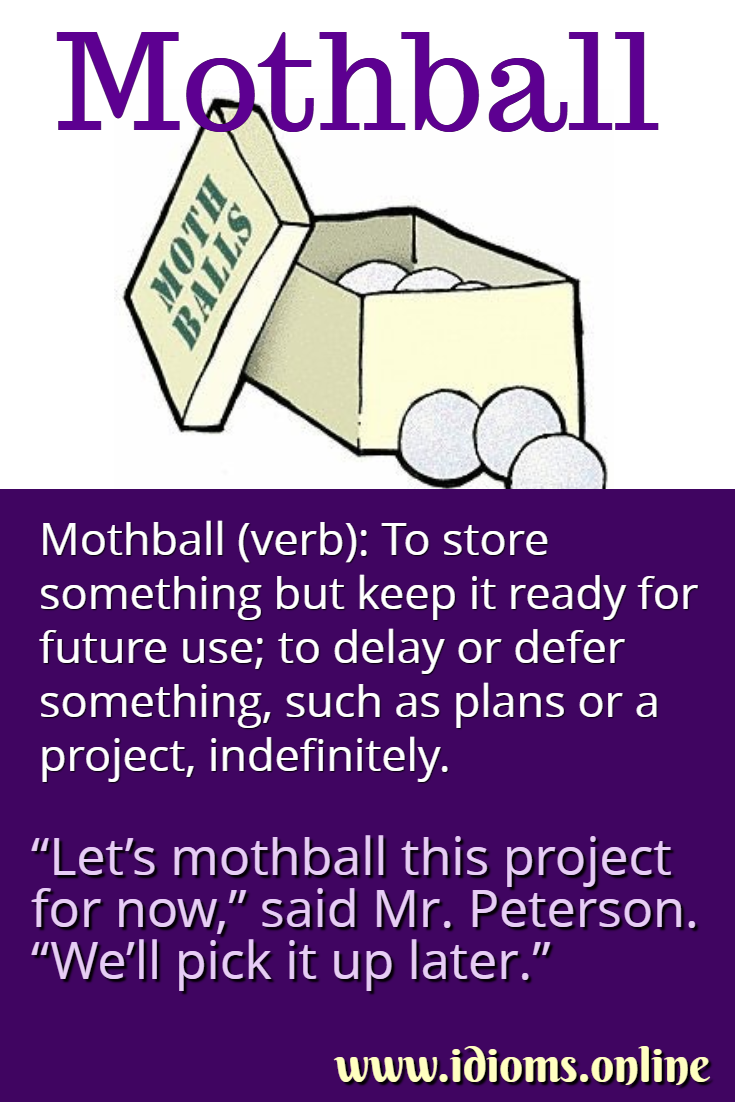 A mothball, literally, is a small white ball of some pungent substance such as naphthalene or camphor put in clothing to keep moths away. Mothballs are especially used for storing winter clothing over the warm months. The strong smell keeps the insects away (and humans too).

This idea of storing something but keeping it ready for use came into figurative use during the 1940s and was first applied to Naval vessels at the end of World War II, regarding ships that were stored during peacetime in a way that kept them ready for use should a war occur. From there, it passed into general use, especially business. 4Ammer, Christine. American Heritage Dictionary of Idioms. Boston: Houghton Mifflin Harcourt, 2013.,5Jarvie, Gordon. Bloomsbury Dictionary of Idioms. London: Bloomsbury, 2009.