Meaning of Idiom ‘(someone) wouldn’t hurt a fly’

“Victor looks tough but he wouldn’t hurt a fly.”

“Don’t worry about the boss. He seems mean but he can’t hurt a fly.”

“Everybody is afraid of my dog because he is a pit bull but he’s so gentle he wouldn’t hurt a fly.” 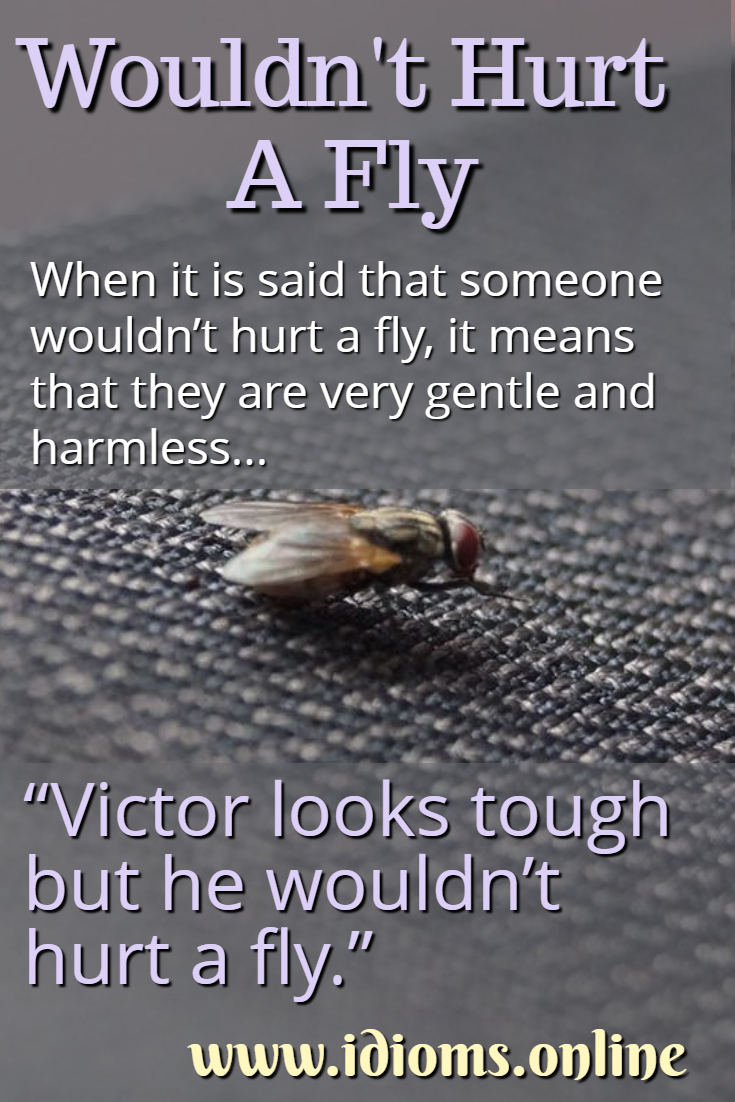 Used since the 1800’s, this idiom uses fly or flea to represent small insignificant animals that most people would think nothing of harming. So, a person who would not even harm such an insect is extremely mild and harmless, indeed. 5Ammer, Christine. American Heritage Dictionary of Idioms. Boston: Houghton Mifflin Harcourt, 2013.