On a Shoestring Budget

“We opened our business on a shoestring.”

“After the factory closed down, he was forced to take a minimum-wage job and get by on a shoestring.”

“Some independent movies are superior to studio films even though they are made on a shoestring budget.” 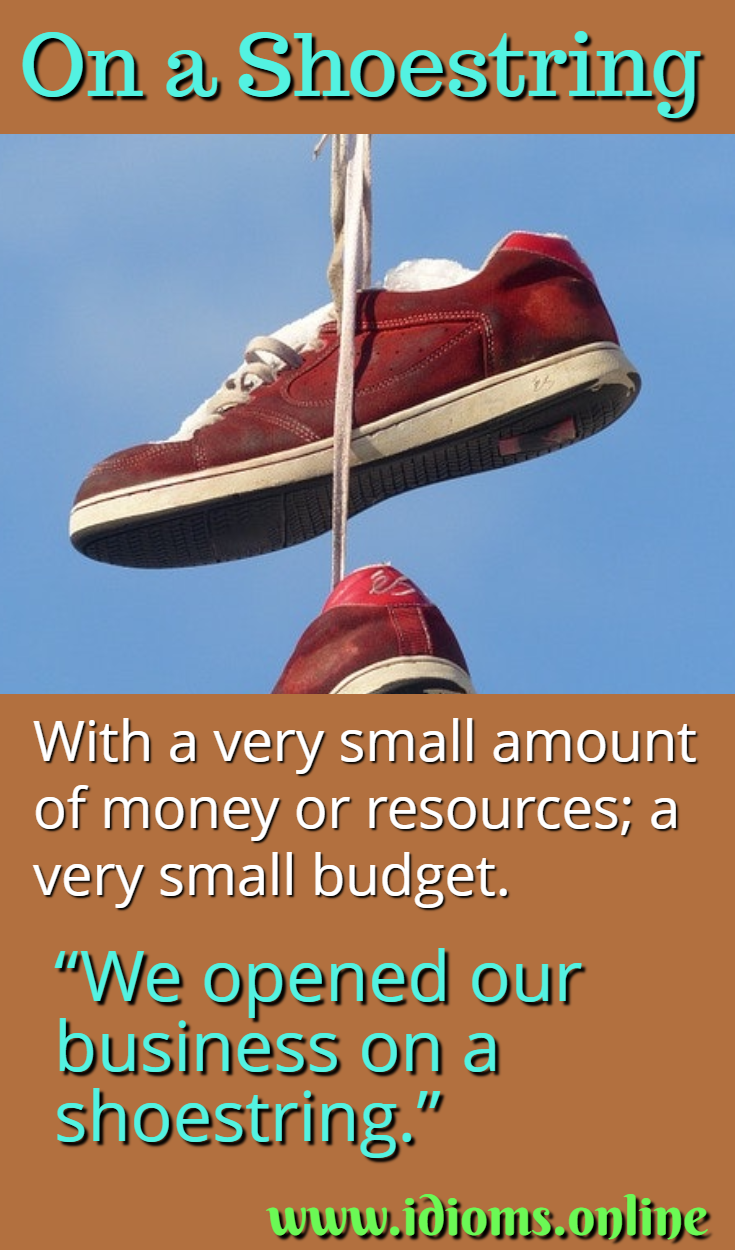 Shoestring is a North American term for a shoelace, the thin lengths of string used to lace and tie shoes. Just why the word is used to allude to limited resources is unknown, although different sources suggest likely allusions. It may allude to the thin shape of a shoestring, or to how common and cheap they are. According to American Heritage Dictionary of Idioms, another colorful suggestion is that British prisoners would lower shoes down from upper floors using their shoestrings so that people passing by could give them money. Whatever its origins, the idiom has been used since the late 1800’s.