Meaning of Idiom ‘On Cloud Nine’

“I remember when I got my first check after going full-time earning my living on the internet. I was on cloud nine.”

“I can’t believe I’m actually engaged to Sarah. I’ve been in love with her since the 7th grade. When she said yes, I was on cloud nine!”

“Grant finally got his high-school diploma last Wednesday. He’s been on cloud nine ever since.” 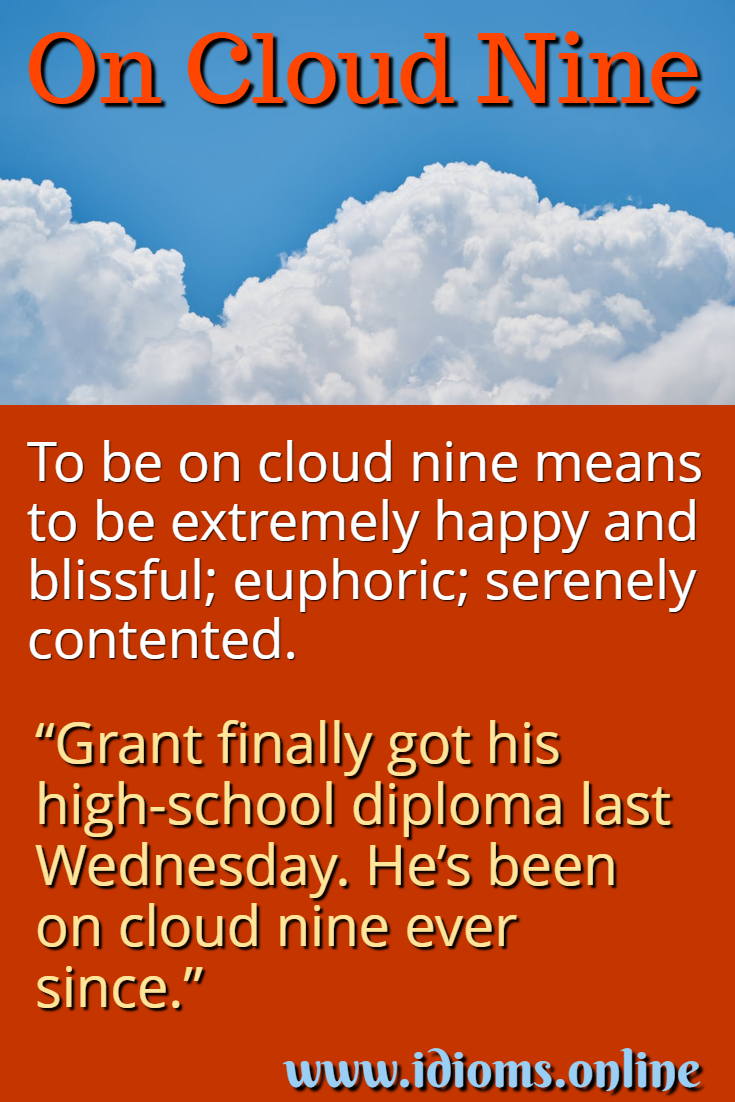 The idiom alludes to sitting on a cloud and being close to heaven. Clouds are associated with angels and heaven, so of course, they are connected with happiness. But, why nine? The most likely the origin can be found in the International Cloud Atlas from 1896. In 1890, a group of meteorologists from various countries got together and attempted to establish an international cloud classification system. They agreed on nine classes, or levels. The cumulonimbus, the tallest cloud known, became cloud nine. Reaching up to 40,000 feet, these clouds are associated with rain showers and thunderstorms. In fact, they were called thunderclouds or shower clouds. However, they are large and impressive clouds and fit with the type of cloud one would imagine being on. Subsequent publications changed the cumulonimbus to number ten, but cloud nine stuck. The cumulonimbus can grow to be very high, but it is not the highest cloud in the sky. The highest clouds are the cirrocumulus, cirrus, and cirrostratus. 4Pretor-Pinney, Gavin, and Bill Sanderson. The Cloudspotter’s Guide: the Science, History and Culture of Clouds. Penguin Group, 2007.