Meaning of Idiom ‘Put Up Or Shut Up’

When someone is told to put up or shut up it means they should act on what they have been saying, or stop talking about it; stop complaining about things your not willing to do anything about. 1McCarthy, Michael. Cambridge International Dictionary of Idioms. Cambridge University Press, 2002,2Ammer, Christine. American Heritage Dictionary of Idioms. Boston: Houghton Mifflin Harcourt, 2013.

See put your money where your mouth is.

Often stated as a command.

“If you’re not going to arrest my client then let him go. You’ve been holding him for 48 yours – put up or shut up,” said the lawyer.

“You’ve been saying you want a chance to show what you can do. Now it’s time. So put up or shut up.”

“I’m not giving you anymore blackmail money. Enough is Enough. You say you’ve got something on me. Put up or shut up.”

“You claim you can always get a woman to go out with you. There’s one over there. Why don’t you put up or shut up,” said Michael.

This idiom has been used since at least the 1870s. The example below, an advertisement from the Iron County Register, dates from September 1884: 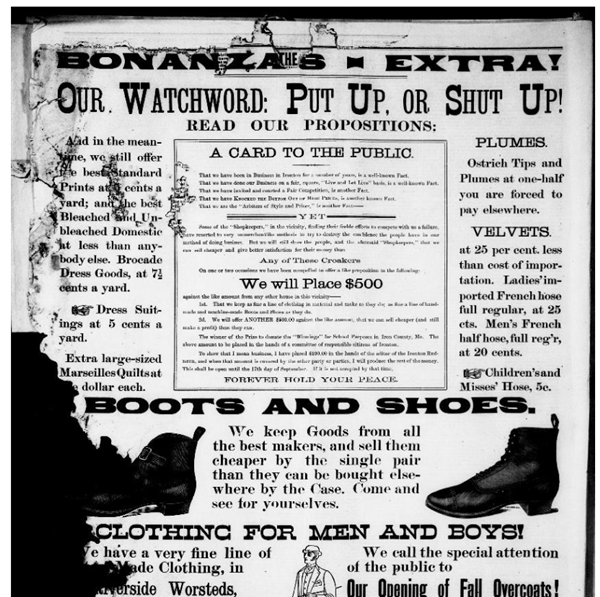 The expression is said to have come from gambling, where a card player would be told to ante up (bet money) or leave the game. Another theory is that it alludes to a fight, where an opponent is told to eitehr put up their fists (in order to fight), or back down. 3Ammer, Christine. American Heritage Dictionary of Idioms. Boston: Houghton Mifflin Harcourt, 2013.