Meaning of Idiom ‘Rob Someone Blind’

2. To greatly overcharge someone for a service or item; to cheat someone in a transaction. 2Spears, Richard A. McGraw-Hill’s American Idioms Dictionary. Boston: McGraw Hill, 2008. 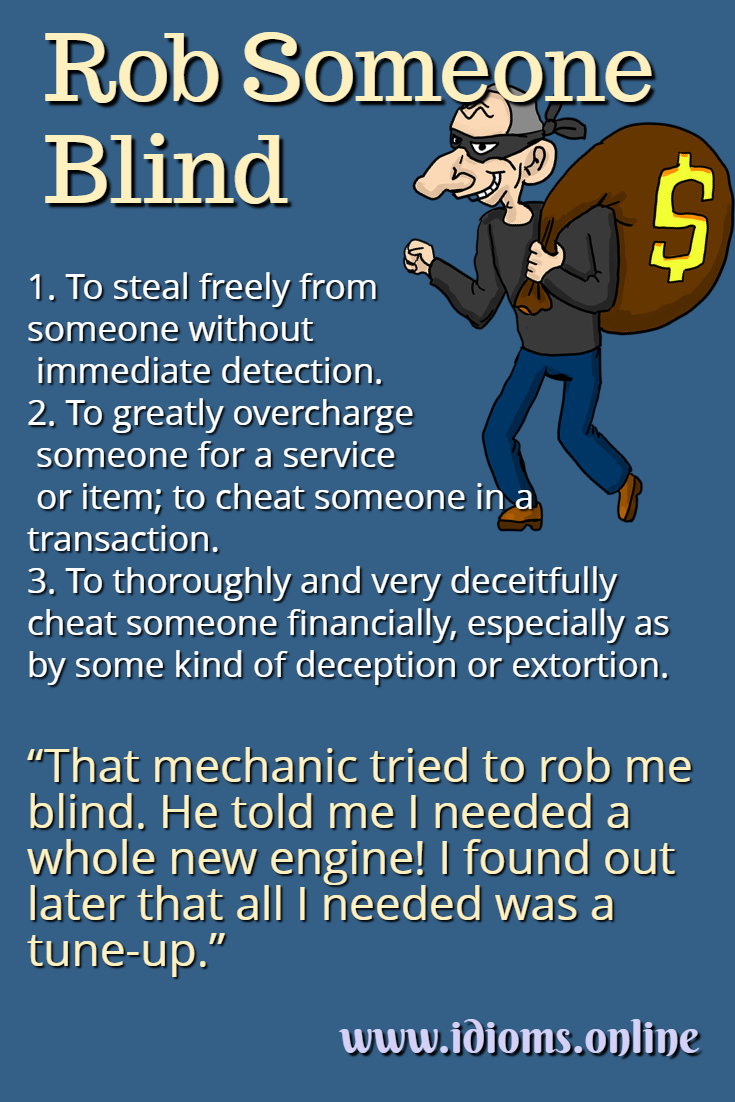 “Robert doesn’t have much of a business sense and couldn’t figure out why his hardware store wasn’t doing well. It turned out his accountant had been robbing him blind.”

“That mechanic tried to rob me blind. He told me I needed a whole new engine! I found out later that all I needed was a tune-up.”

“Ms. Hill was heartbroken when she found out her trusted employees had been stealing her blind.”

The allusion here is unclear. Possibly, it relates to robbing a blind beggar by emptying his collection cup. It may also allude to dishonestly taking everything from someone, including their sight. 5Ammer, Christine. American Heritage Dictionary of Idioms. Boston: Houghton Mifflin Harcourt, 2013.