Also: Runs in the blood

Meaning of Idiom ‘Runs in the Family’

A characteristic or trait that runs in the family is one that is shared by many members of a family, being passed on from one generation to the next. 1McCarthy, Michael. Cambridge International Dictionary of Idioms. Cambridge University Press, 2002, 2Ammer, Christine. American Heritage Dictionary of Idioms. Boston: Houghton Mifflin Harcourt, 2013.

The phrase “runs in the family” is most often heard owing simply to the fact that so many traits require the form “runs” rather than run. However, for something to “run” in the family is also possible, when a plural characteristic is expressed, such as ears, or eyes. 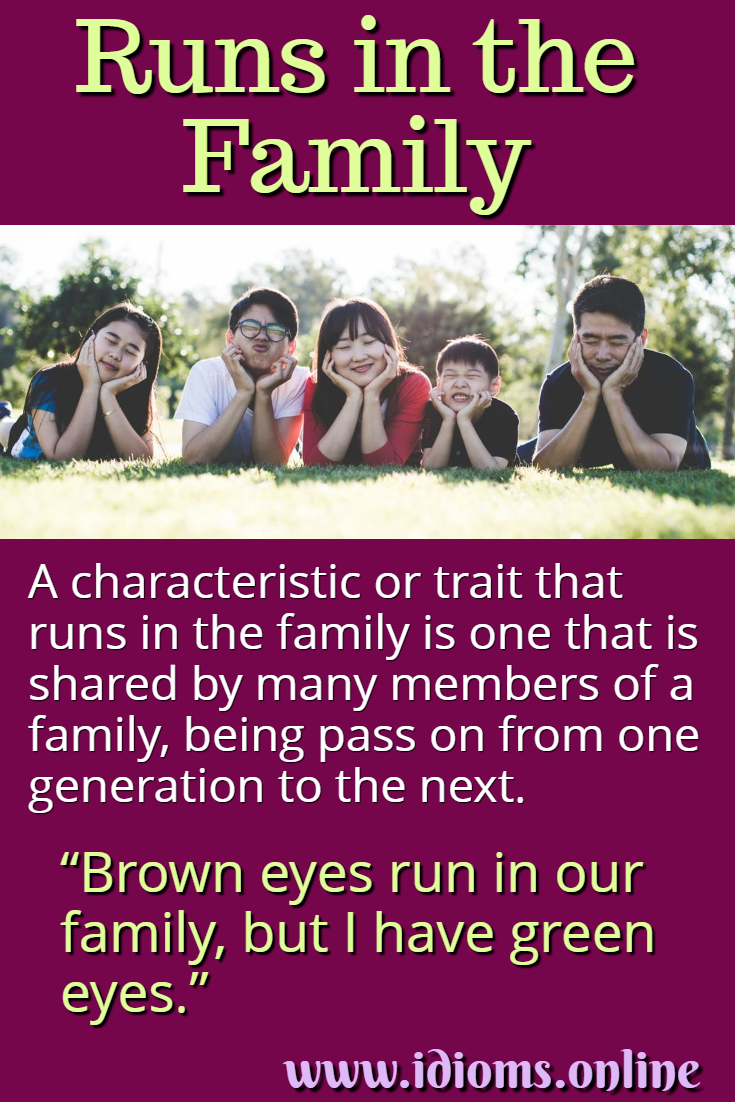 “Blonde hair runs in the family so no one can figure out why my brother has such dark hair!”

“Brown eyes run in our family, but I have green eyes.”

“Hard workers run in our family. We all start working as soon as we are old enough.”

“We’re all crazy in my family. It runs in the blood. We’re from a long line of hell-raisers!”

The rarely heard variant, runs in the blood, is actually the earlier of the two, being used since the 1600s. The more common variant, runs in the family, dates from the second half of the 1700s. A very old version, which most people would not understand today, is blood will tell. All the idioms allude to the notion that a family’s similarities are expressed in their blood. 3Ammer, Christine. American Heritage Dictionary of Idioms. Boston: Houghton Mifflin Harcourt, 2013.