The term blue blood refers to someone of aristocratic or noble birth. Generally used to mean someone who is a member of “high society.”

“Most American politicians are typical blue bloods, even the ones who claim humble origins.”

“Don’t let my poor clothes fool you,” said the old man. “I’m as blue-blooded as you are.” 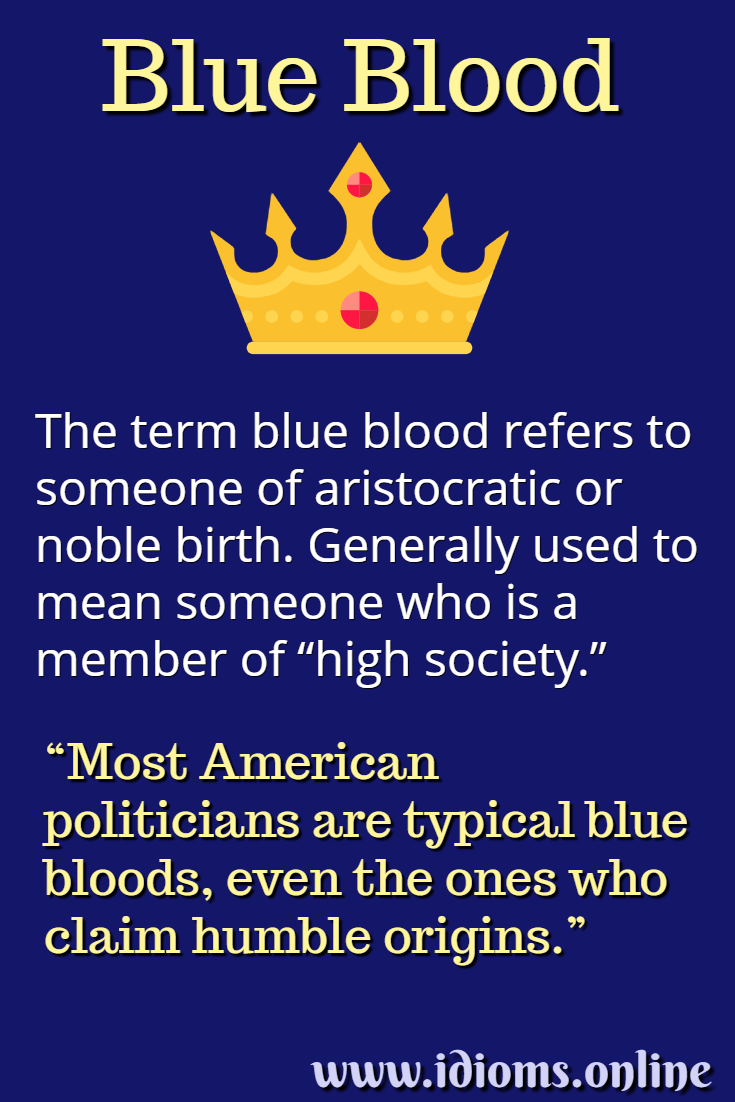 Blue blood is an English translation of the Spanish sangre azul. This term was used in Spain to refer to aristocrats who were considered pure-blooded, or in other words, of unmixed Germanic ancestry who had not intermarried with invaders such as Moors. Compared to the Moors, who were dark-skinned, such people had skin fair enough that the blue of their veins showed readily through their skin. In those days, they probably did believe that their blood was “bluer” than other people and that this gave them distinction. In reality, of course, their veins only appeared bluer due to the lightness of their skin.