To take someone aback or to be taken aback is an old idiomatic expression that has existed in English since the mid-1900’s. Like many common expressions, it was taken from old nautical terminology dating from the 1800’s.

When someone is taken aback, they are very shocked, surprise, or, to use another expression taken off guard. Used in a sentence such as “He was taken aback at his employee’s behavior,” this idiom takes on the meaning of a single word, with synonyms such as astonished, disconcerted, amazed, dumbstruck, startled, etc.

When Brenda found out about the court’s decision, she was utterly taken aback. She had been certain the court would rule differently.

Mr. Fisher was taken aback by the rude behavior of the prospective employee. 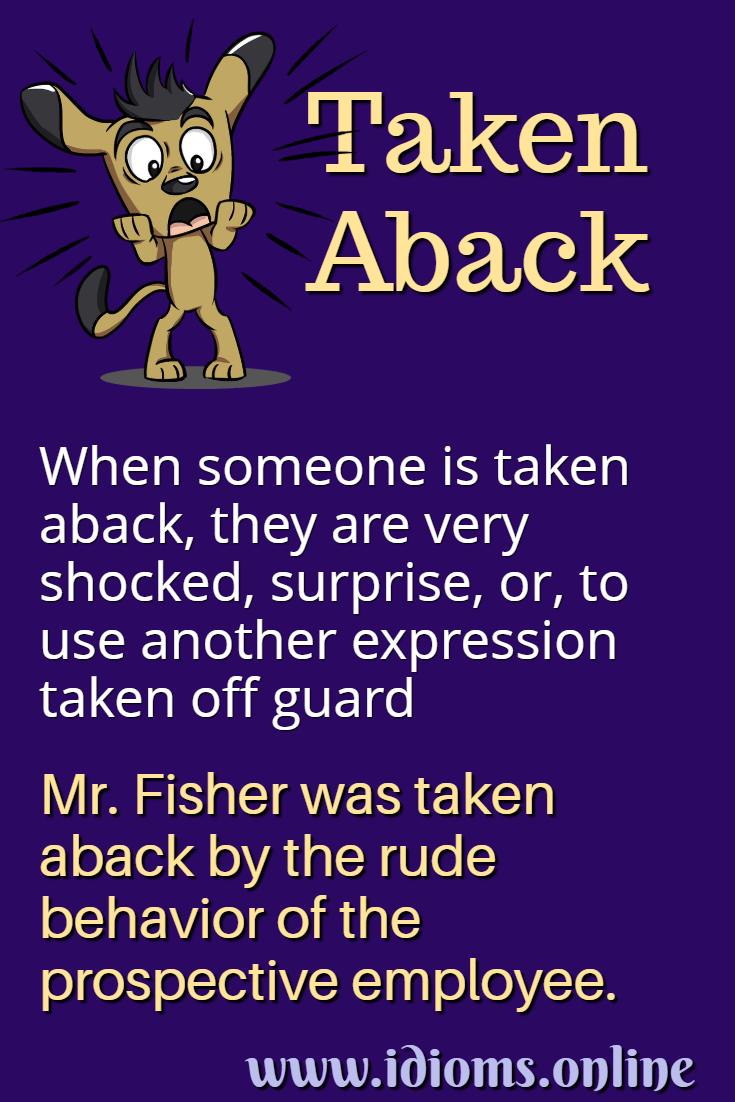 If you were to try to guess the origin of ‘to be taken aback,’ you might think it referred to someone being backed up in their tracks by some unexpected obstacle. This guess would not be far off the mark, but as above, the origin of ‘taken aback’ is nautical and much more specific.

In sailing, the term aback refers to a situation in which the wind acts on the forward surface of the sail. Hence, the sails can be laid back or thrown aback by hauling in the weather-braces or putting the helm down, and the sails can be caught aback or taken aback by a sudden reversal of wind direction, or by an error in steering. When this happens the sail is pushed against the mast and yards, halting its forward progress. Depending on the circumstances and angle of the wind, this can break yard-arms or even cause vessels to turn over, so to be suddenly taken aback can be quite a shock, just as the figurative use of the expression is meant.