Meaning of Idiom ‘Shit Will Hit the Fan’

The shit will hit the fan refers to a problem becoming very serious or the consequences of an action or situation occurring with disastrous results. The expression usually refers to information being disclosed or something happening that causes a significant negative reaction.

“When Bill finds out about the mistakes on this job the shit will hit the fan.”

“I think it’s a good time for a vacation. I don’t want to be here when the shit hits the fan.”

“What happened when Bill found out about having to redo the job?” asked Andrew. “What do you think? The shit is hitting the fan as we speak,” replied Ken.

“If you think it was bad before,” said Martin, “just wait. Now the shit’s really gonna hit the fan.” 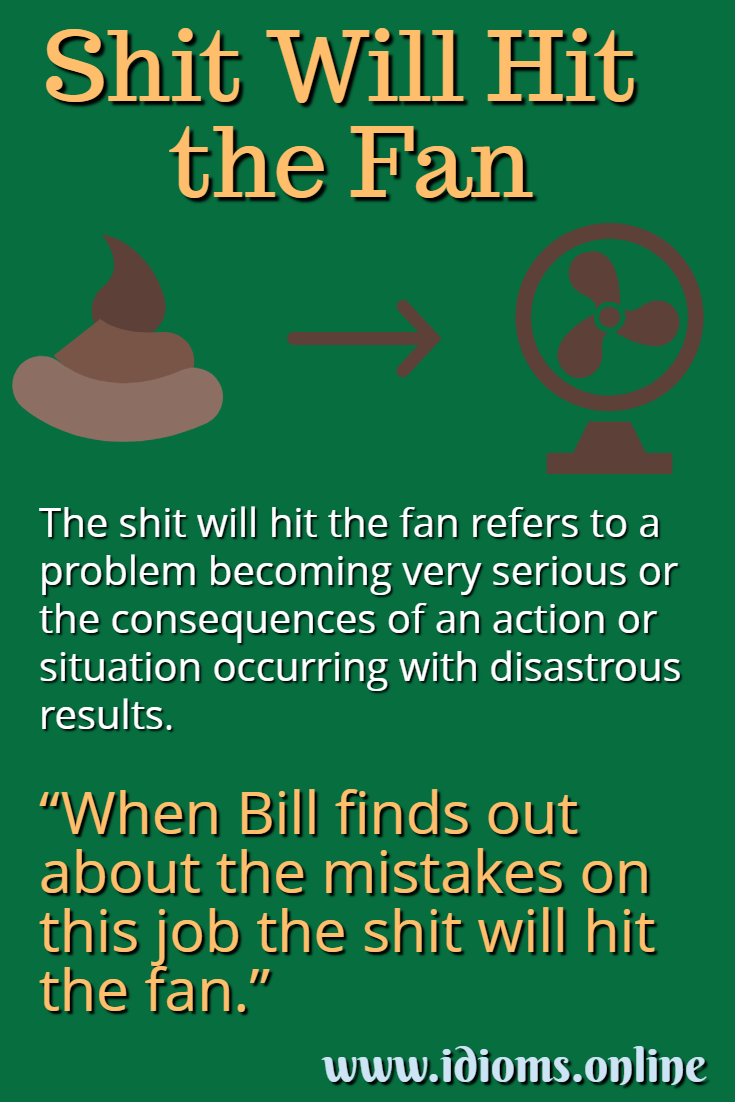 Vulgar slang from the 1930’s, the allusion is to feces hitting a running electric fan and the awful result.