To fan the flames is to cause an emotion, especially a negative one, to become stronger or to incite someone to increase negative activities by causing them to become more aggravated. To aggravate the tension in a situation or to make a situation more extreme.

“Racists organizations often fan the flame of hatred through propaganda.”

“The organization fanned the flames of revolution, inciting followers to war.”

“He was a provocative speaker who fanned the fans of the crowd’s anger.” 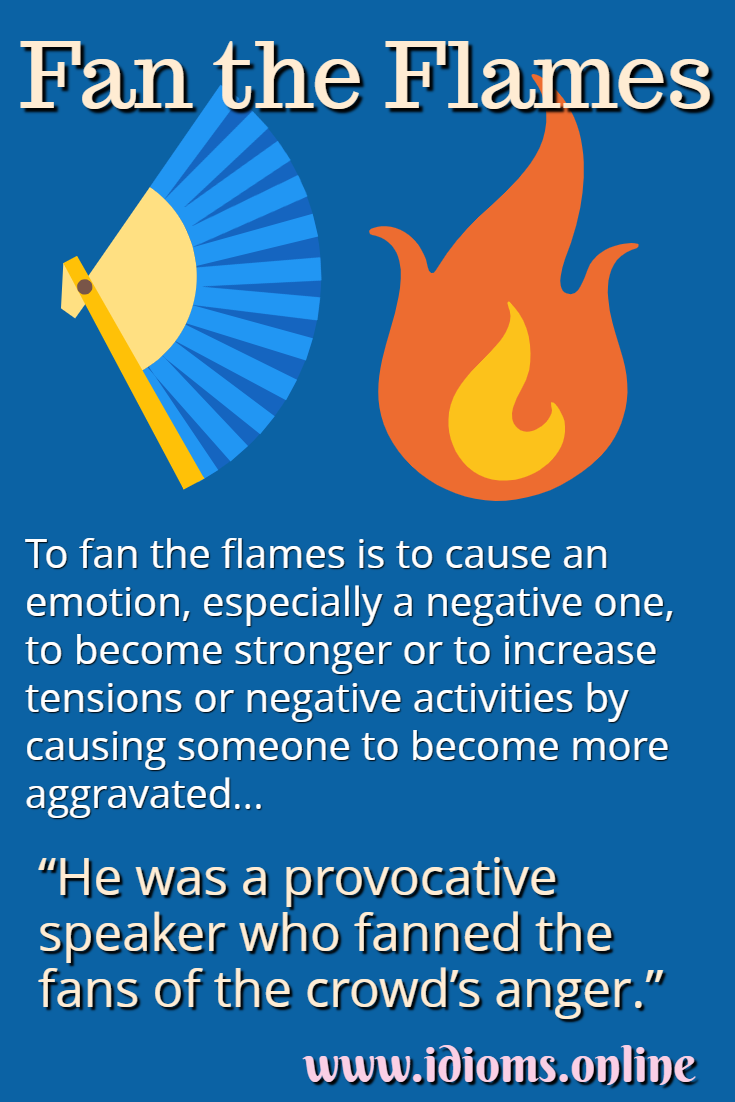 There are many idioms in the English language that are related to various aspects of fire.