To hit the nail on the head is an old English idiom in existence since at least the 15th century, and probably longer.

Meaning of Idiom ‘To Hit the Nail on the Head’

Hit the nail on the head is one of those idioms whose meaning is fairly easy to tell. It means to be exactly correct, especially in regards to a statement, or to have summed up a situation perfectly. Basically, to hit the nail on the head means to be on point, to hit the mark. This expression is especially used when someone is describing the cause of a problem or situation.

“After the divorce, Edward realized that Angie had hit the nail on the head when she said he was married to his job.”

“I think I’m having a problem with my alternator,” said Jim. “You hit the nail on the head,” said the mechanic. 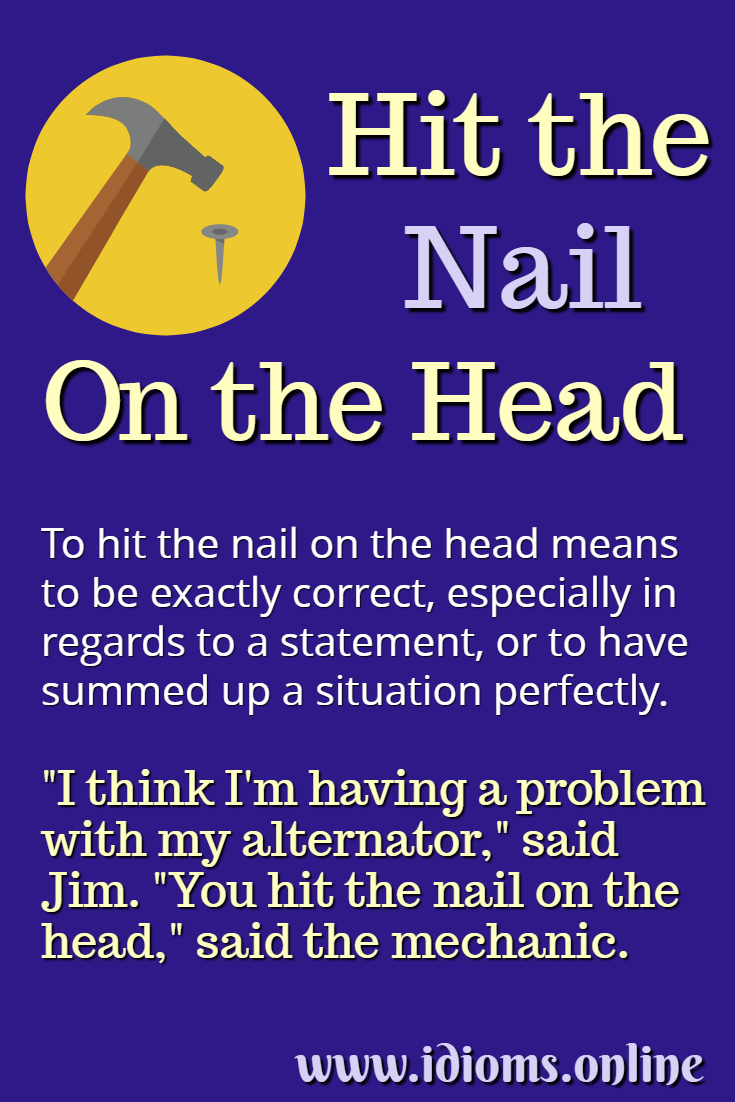 Hit the nail on the head is a reference to carpentry and hitting the head of a nail squarely or ‘true.’ A good carpenter can drive a nail with only two or three swings of the hammer, but his success depends on his accuracy. If he didn’t hit the nail squarely on the head every time, and instead hit it sideways, he would be inefficient and a much less successful carpenter. So, a carpenter’s ability to “hit the exact point” is similar to the idiom: To be exactly on point, and correct.

This idiom is quite old and has existed in English since at least the early 1700’s, and probably since the 1600’s. There is no way to trace it to a particular source, but it has probably been a part of the language for nearly as long as there have been carpenters and nails. Many languages share similar idioms.