Meaning of ‘To Not Have Two Pennies to Rub Together’

To not have two pennies to rub together means to be broke; very poor; impoverished.

The expression can be used to indicate a temporary lack of funds or ongoing poverty.

“I’d like to get a new apartment but I barely have two pennies to rub together.”

“Tom grew up very poor. His family never had two pennies to rub together.” 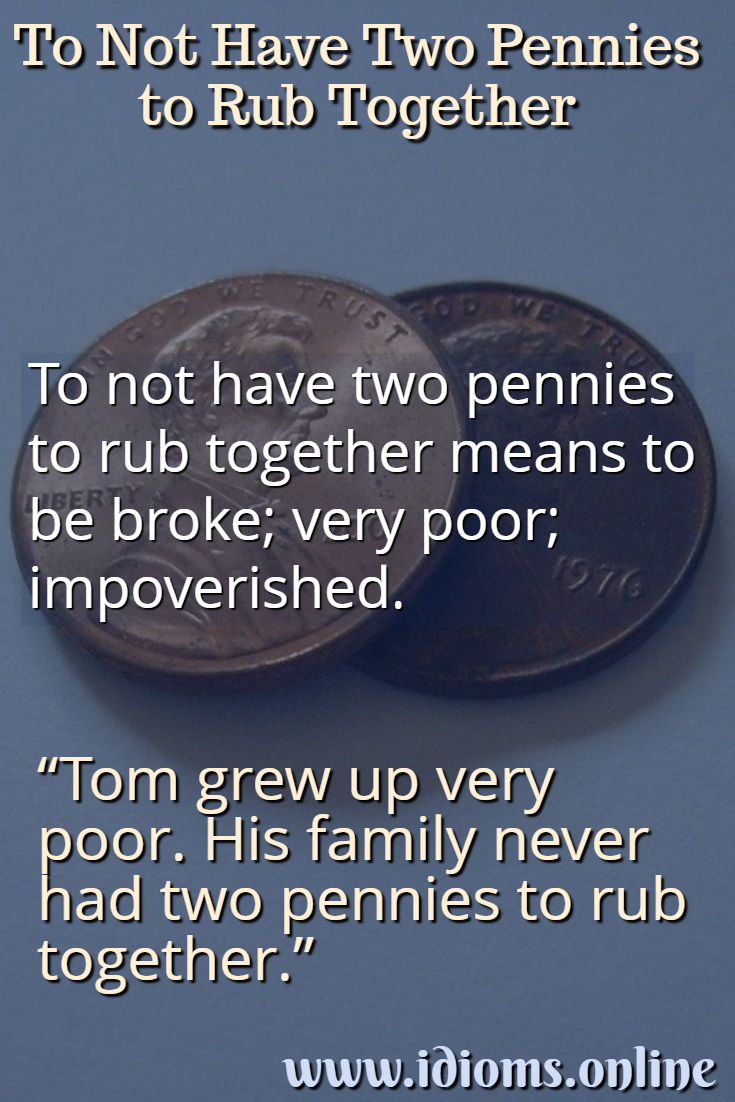 Perhaps the idiom alluded to rubbing to halfpennies together to produce one full penny. However, rubbing coins together, historically, had a more practical, if dishonest, purpose.

The coins themselves would appear to be naturally worn and could be circulated at face value, allowing the cheater to collect the gold or silver dust until enough was gathered to be melted into bullion and sold at market value for a handy profit. Even when not done intentionally, gold and silver were lost from coins as they aged, especially when many coins were shipped together.

Even the British penny was originally minted in silver, until the early 1800’s, when copper began to be used. To not have two pennies to “rub together,” then, could mean to have very little of actual value, since not much precious metal would be contained in a penny, even of silver. And, if the expression references copper or bronze pennies, which contain no precious metal, the allusion would be even more effective, as if to say that one does not even have copper or bronze, let alone gold or silver.