Meaning of Idiom ‘Under the Table’

This idiom is usually used in regards to the exchange of money as in “being paid under the table.” People are often paid under the table, in cash, either because they are doing something illegal, receiving a bribe, or they are an illegal immigrant, or both parties wish to hide the payments form the government in order to avoid paying taxes.

“He was in the country illegally so he was being paid under the table by the painting company.”

“All the kitchen workers were paid under the table to avoid taxes.”

“The lawyer had made many shady under the table deals.” 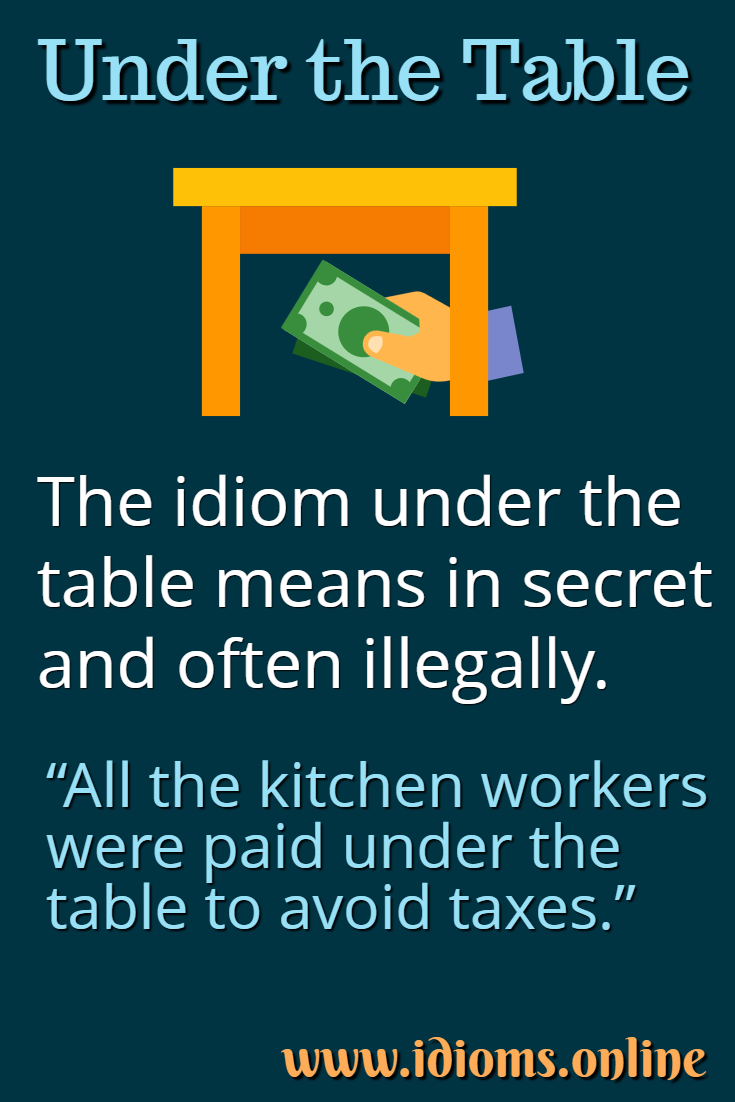 This idiom alludes to money being passed under a table so that other people cannot see the money being exchanged. 3Ammer, Christine. American Heritage Dictionary of Idioms. Boston: Houghton Mifflin Harcourt, 2013.