Meaning of Idiom ‘Who Cares”‘

“The principal made me stay after school but who cares?”

“If you don’t practice you will fail your driving test,” said Dad. “Who cares?” said Bobby. “I don’t even have a car.” 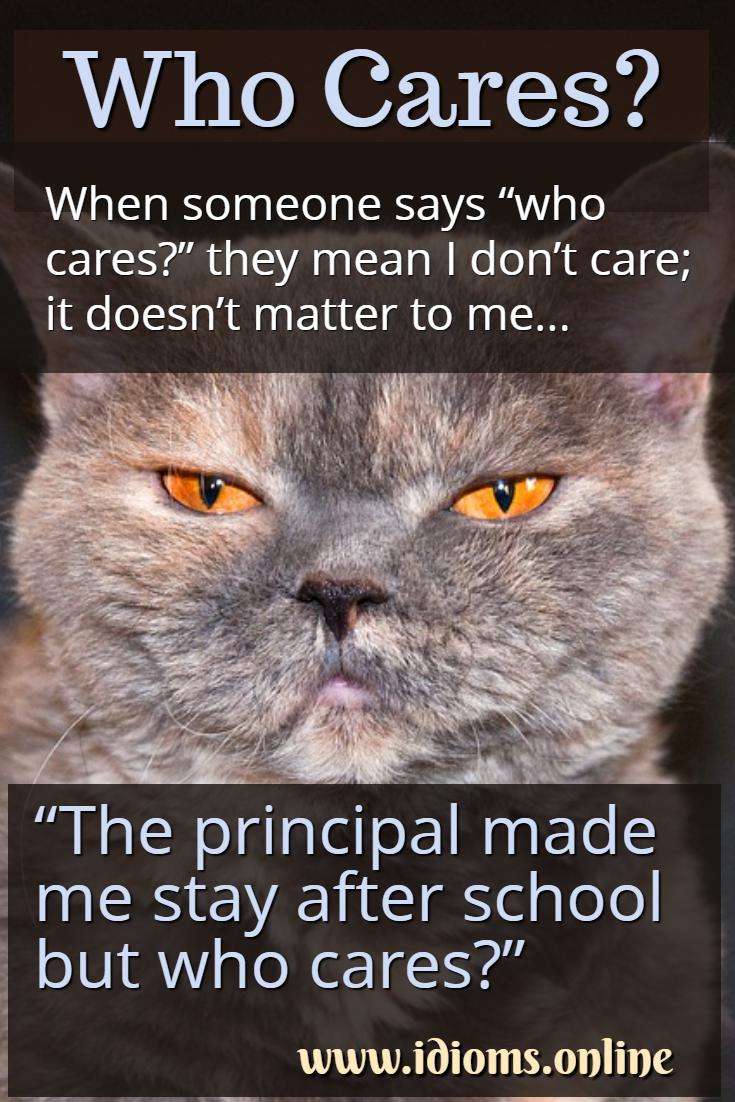 The expression who cares may have originally been followed by the preposition for and a noun as in “Who cares for wealth if you don’t have love?” In other words, money does not matter or one is indifferent to money if one does not have love. By the latter half of the 1800’s, it was being used as a standalone statement of indifference.