Yellow-belly or yellow-bellied is an idiomatic expression, used as an adjective in use since at least the 1920’s and perhaps earlier.

Yellow-belly is used as a noun, while its alternative version yellow-bellied is used as an adjective. This is U.S. expression meaning a coward or to be cowardly.

“The bully turned out to be a yellow-belly once someone as big as him called his bluff.” (See call someone’s bluff)

“Come out and fight like a man you yellow-belly coward,” said Dad to the big spider lurking under the cabinet. 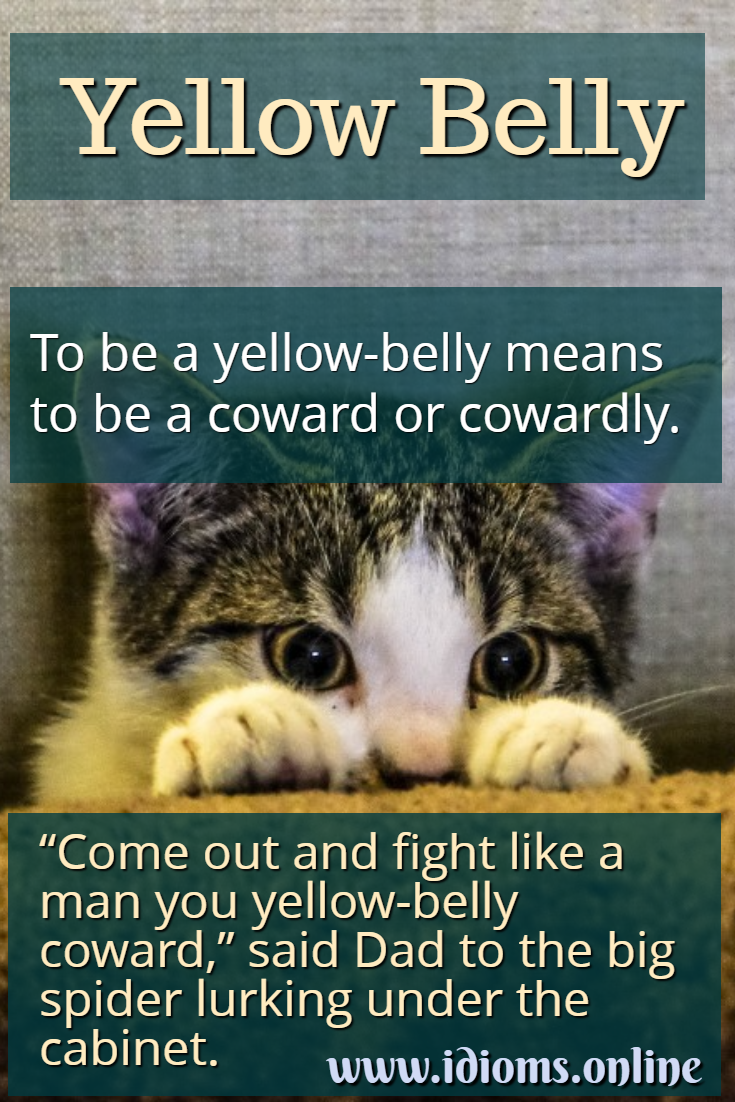 Yellow-belly has shown up in print as early as 1924 and shows up in John Steinbeck’s East of Eden: “I’m a cowardly yellow-belly. I couldn’t stand it.”

There are many colorful claims to the origin of the term yellow-belly. The term is associated with the West and the South-Western United States, and one suggestion is that the term originated with the color of uniforms worn by Mexican soldiers in the early 1800’s.

Just as popular are claims that its origin lies with any of several reptiles with yellow bellies which either slither away on their bellies whenever startled or are helpless when on their back with their yellow belly showing. Sometimes the reptile is a yellow-belly lizard, and sometimes a snake. Turtles are also accused.

The true origin of yellow-belly and yellow-bellied is unknown. However, the term yellow was associated with cowardice since as far back as the 1850’s. It was most often seen in such expressions of yellow streak or streak of yellow. How yellow itself came to mean cowardly is unknown.