Meaning of Idiom ‘You Said a Mouthful’

Although the precise meaning of this idiom is different than the similar idiom you can say that again, it is often used in a similar way, to express complete agreement. It is also used to commend someone for their insight. 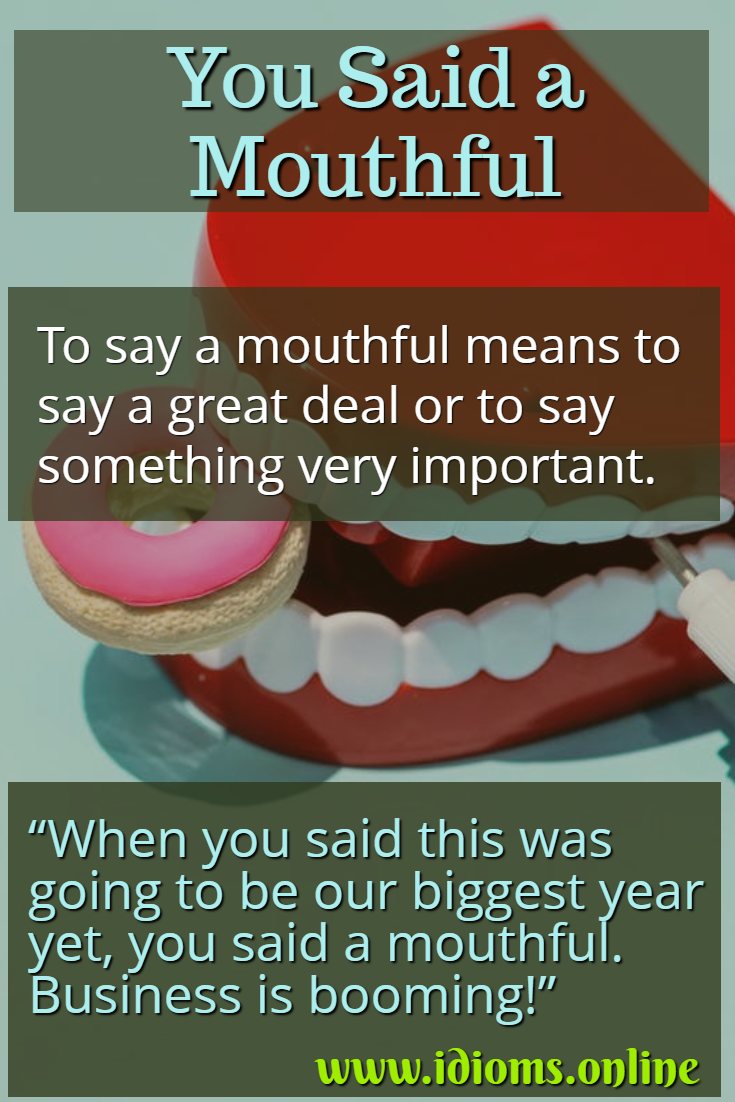 “When you said this was going to be our biggest year yet, you said a mouthful. Business is booming!”

“Richard is a very talented actor,” said Rose. “You said a mouthful,” said Arthur. “He’s going to be famous!”

This idiom alludes figuratively to the maximum amount of food a mouth can hold. It has been used since the late 1700’s. 3Pare, May. Body Idioms and More: For Learners of English. United States?: Mayuree Pare, 2005.,4Ammer, Christine. American Heritage Dictionary of Idioms]. Boston: Houghton Mifflin Harcourt, 2013.