Also: A little birdie told me

Meaning Of Idiom ‘A Little Bird Told Me’

This slightly humorous and teasing idiom is often used as the answer to a question regarding the source of someone’s information, such as “How did you find out?” or “Who told you.” It can also be used unprompted as in “A little bird told me you got engaged.” 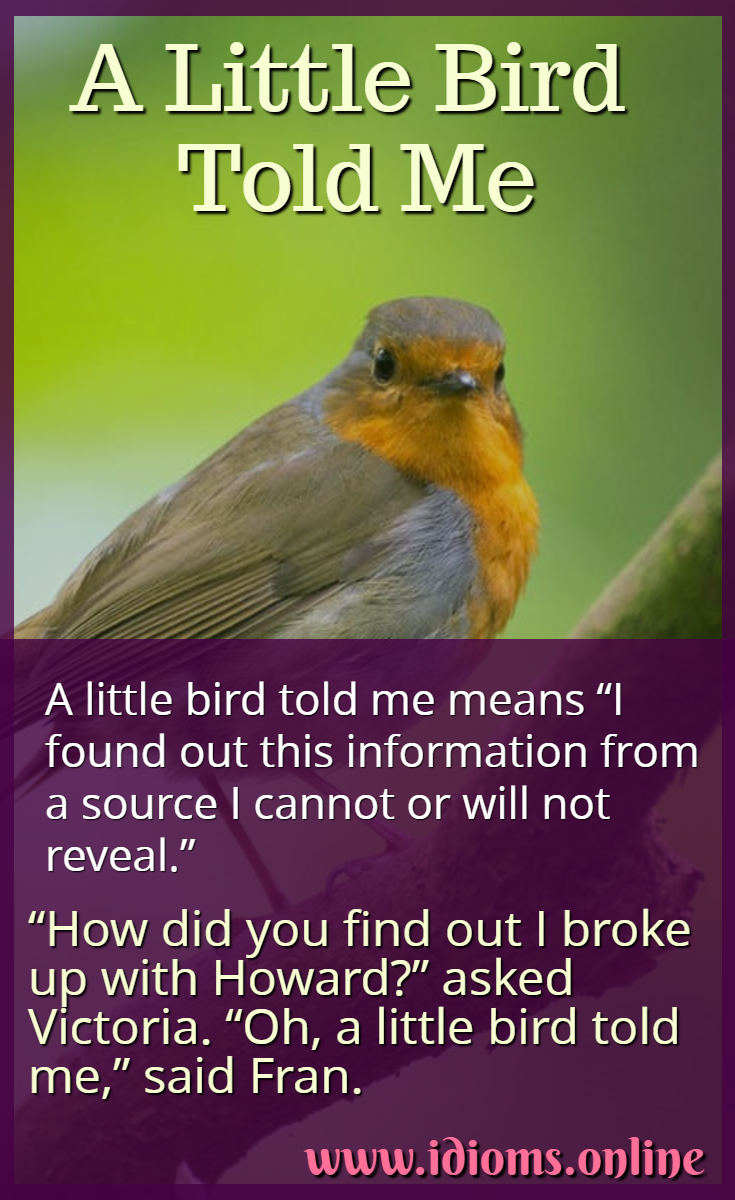 “How did you find out I broke up with Howard?” asked Victoria. “Oh, a little bird told me,” said Fran.

“A little bird told me that John is not going to get that promotion.”

“So, you’re looking for a new job?” asked Rob. “Who told you that?” said Susan. “A little bird told me,” answered Rob, grinning.

This idiom has appeared since ancient times as various proverbs or expressions, including in Shakespeare’s writings.

A version also appears in the Bible, Ecclesiastes 10:20:

“Curse not the king, no not in thy thought; and curse not the rich in thy bedchamber: for a bird of the air shall carry the voice, and that which hath wings shall tell the matter.”