Meaning of Idiom ‘Bang One’s Head Against a Brick Wall’

This idiom is most often used to refer to trying to get another person to do something, such as to understand or accept something you tell them or to take a piece of advice. 3 Kirkpatrick, E. M. ClicheÌs: over 1500 Phrases Explored and Explained. St. Martin’s Press, 1997. For example: “Talking to Tom about managing his money is just banging my head against a brick wall.”

Since it usually refers to ongoing and repeated effort, the present participle banging or beating is usually used. Present and past forms are also used such as in “If you want to bang your head against a wall trying to fix this pile of rust, be my guest.” Other forms are possible but more rarely used.

“Melissa finally left her husband. She said she was tired of banging her head against a wall trying to get him to change.”

“For years I’ve been beating my head against a brick wall, trying to get this business to turn a profit. I have finally decided to let it go.” 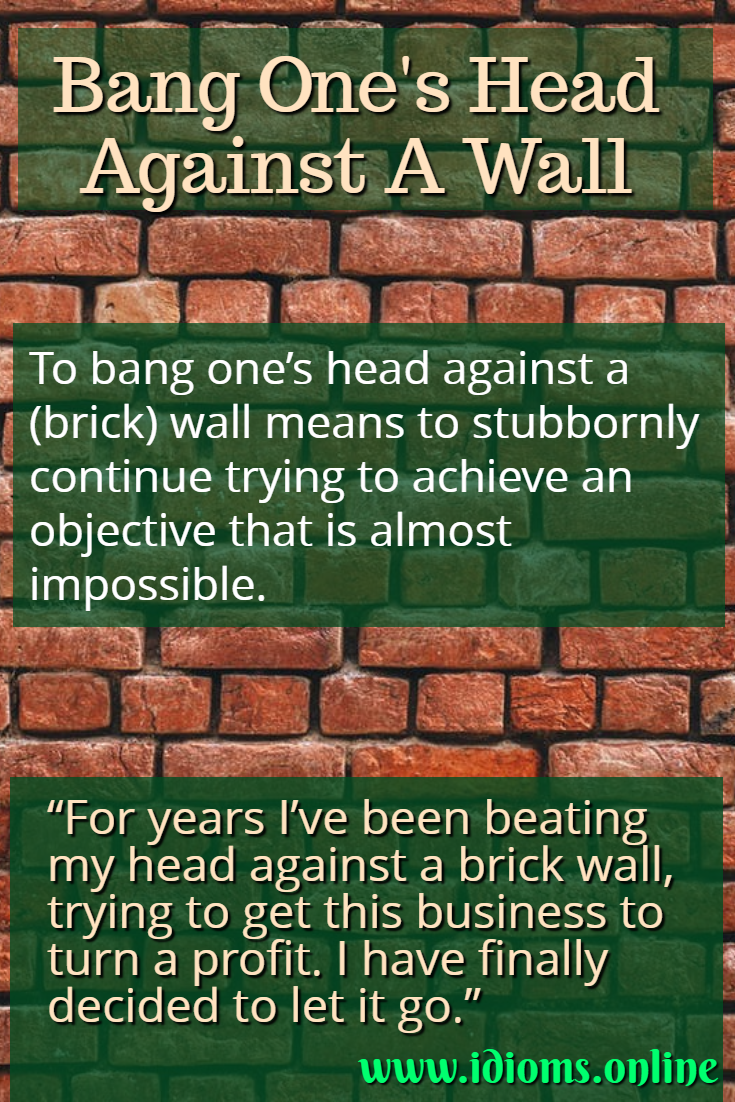 The allusion here is simple. Banging one’s head against a wall is a self-destructive activity which serves no purpose but to bring one pain and injury.