Meaning of Idiom ‘In the Crosshairs’

To be in the crosshairs means be the object of intense observation or scrutiny, usually as a result of some wrongdoing or unpopular opinion, etc., or to be in a position to be attacked or criticized (Source).

Compare to caught in the crossfire.

The idiom is always used in a negative sense.

“His isolationist policies put him in the crosshairs of foreign leaders.”

“His misbehavior in class put him in the principal’s crosshairs.”

“The company illegal dumped dangerous waste a decade ago and has been in the crosshairs of environmental groups ever since.” 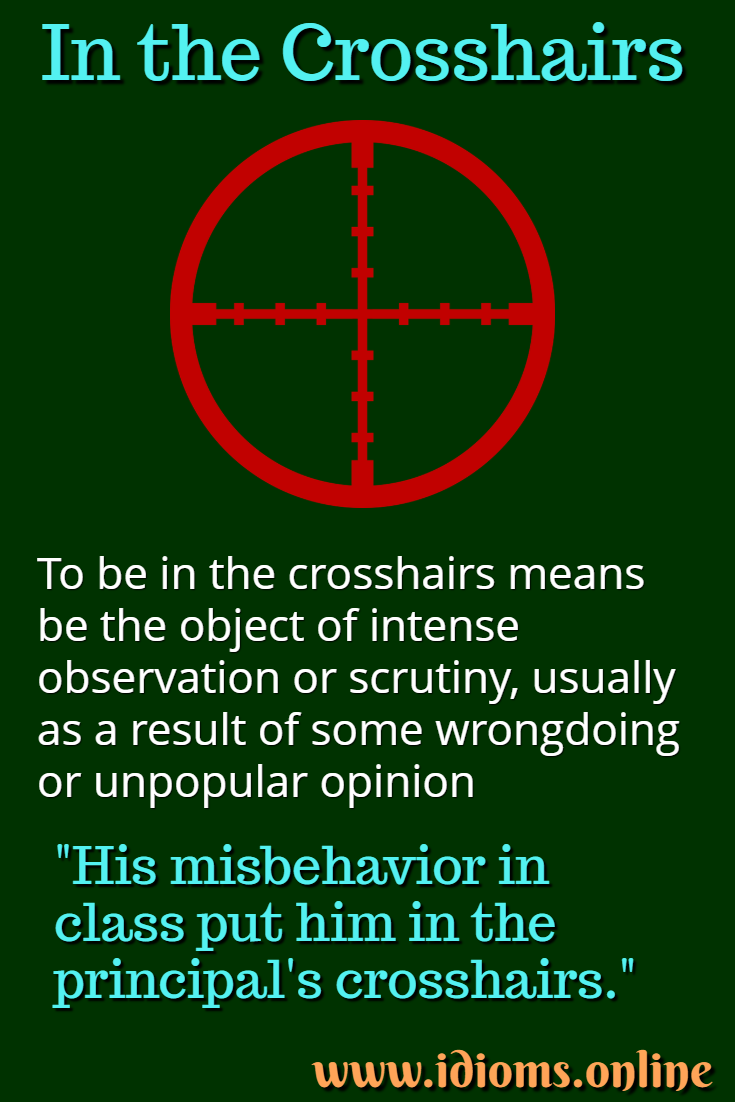 Crosshairs is another name for reticles, which are found on aiming scopes for firearms and also optical devices such as telescopes or microscopes. These ‘crosshairs’ are two straight lines, one horizontal and one vertical, which intersect in the middle. This intersection point is placed on the target or position at which the shooter intends to aim, so to be caught in the crosshairs is to be aimed at by a firearm, especially a long distance rifle of the type associated with snipers. The idiom alludes to being “aimed at” in a metaphorical sense.