Meaning of Idiom ‘In the Dog House’

When someone is in the doghouse, someone else is angry, annoyed, irritated, or displeased with them; to be in trouble, disfavor, or disgrace. 1Bengelsdorf, Peter. Idioms in the News – 1,000 Phrases, Real Examples. N.p.: Amz Digital Services, 2012.,2Spears, Richard A. McGraw-Hill’s American Idioms Dictionary. Boston: McGraw Hill, 2008.,3Ayto, John. Oxford Dictionary of English Idioms. Oxford: Oxford U, 2010.,4Ammer, Christine. American Heritage Dictionary of Idioms. Boston: Houghton Mifflin Harcourt, 2013.

Usually, a person is in the doghouse as a result of something they did. Often, the idiom is used to refer to a husband who has annoyed his wife.

“If my wife finds out I was playing poker with my friends instead of working late, I’ll be in the doghouse for sure.”

“I can’t pay the rent late again. I’m already in the doghouse with my landlord.”

“Looks like I’m in the doghouse. The boss caught me coming in late again.” 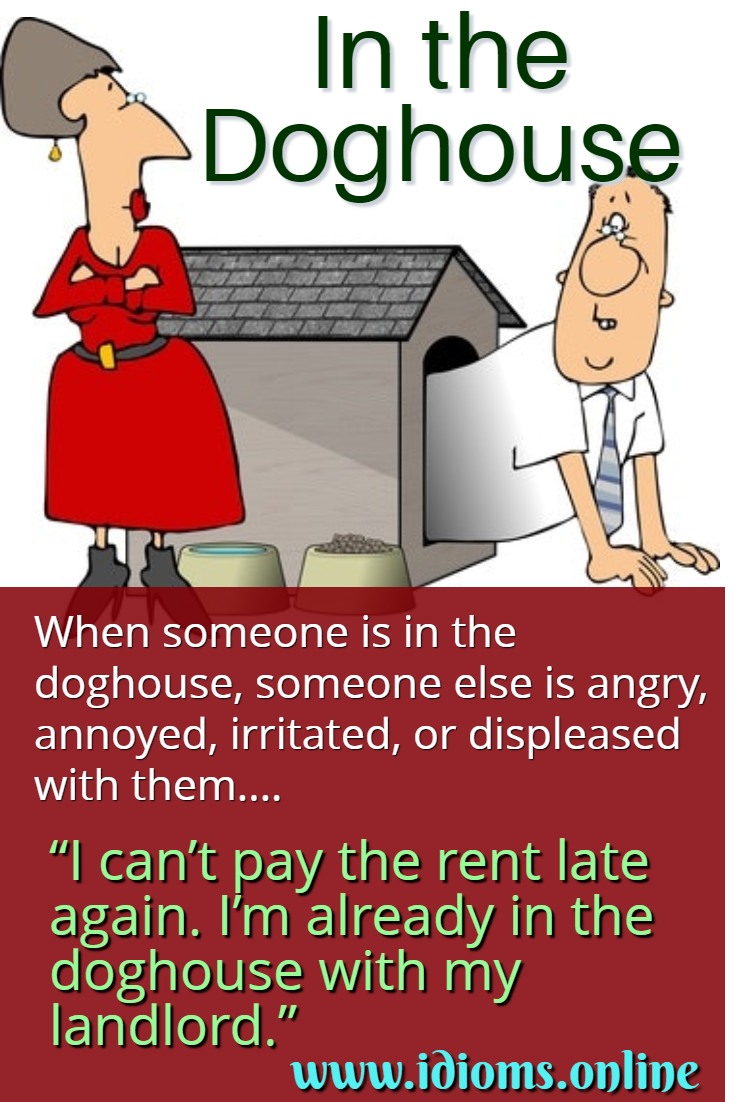 The idiom alludes to a dog being punished for bad behavior by being banished to its outdoor kennel rather than being allowed to stay in the house. In use since around 1900. 5Ammer, Christine. American Heritage Dictionary of Idioms. Boston: Houghton Mifflin Harcourt, 2013.