Meaning of Idiom ‘On Bended Knee’

“Funding for research is scarce and scientists often have to ask for money on bended knee.”

“It’s over between him and me,” said Jane. “I wouldn’t take him back if he came to me on bended knees!” 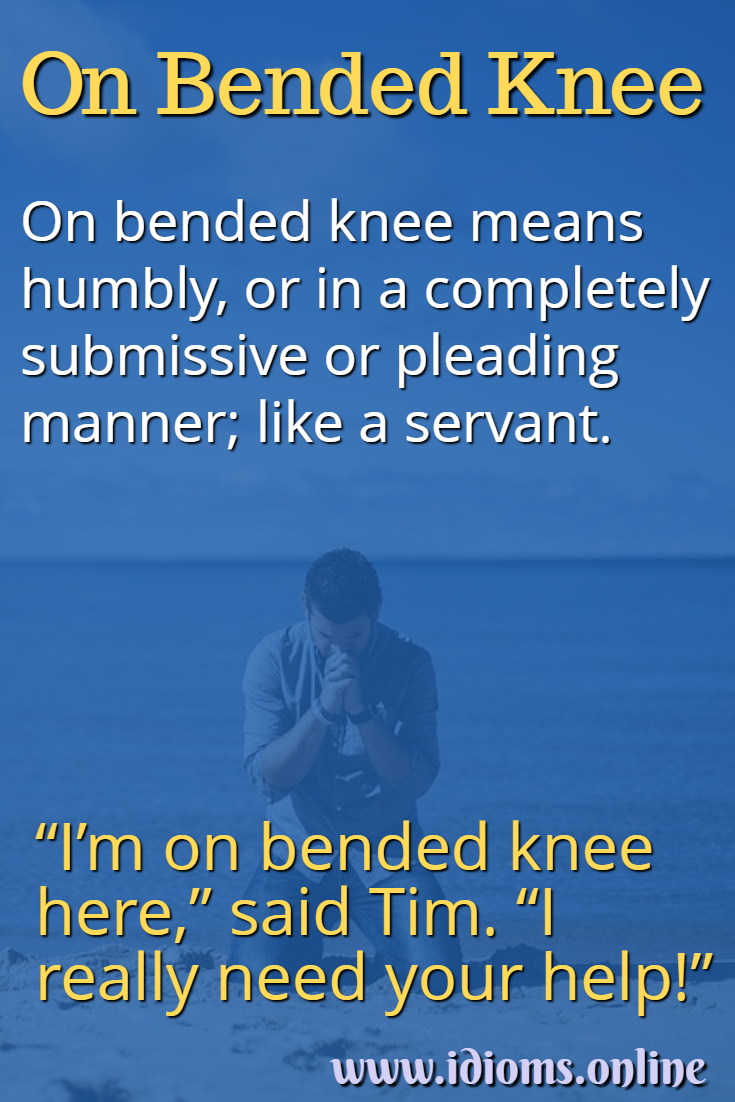 Bended is a very old past tense and past participle form of the verb bend and it has survived only in this idiom. It was replaced in Middle English by bent. 4Ammer, Christine. American Heritage Dictionary of Idioms. Boston: Houghton Mifflin Harcourt, 2013., 5Ayto, John. Oxford Dictionary of English Idioms. Oxford: Oxford U, 2010.

The origin is often supposed to be an allusion to prayer, especially that involving kneeling down on both one’s knees. This may be responsible for the alternative form on bended knees, but it is just as likely that a singular knee sounds peculiar to modern ears.

However, there have long been traditions of kneeling onto one knee in ceremonial or religious occasions, such as kneeling on one knee when entering a church or when receiving honors from a king or queen. This sign of respect, supplication, humility, and even admiration found its way into marriage proposals, where a man kneels onto one knee before proposing to a woman.