Meaning of Idiom ‘On the Horns of a Dilemma’

“Many students, when final exams are coming, are on the horns of a dilemma. If they study all night, the lack of sleep may hamper their thinking during the exam, but if they go to sleep early, they may not be prepared.” 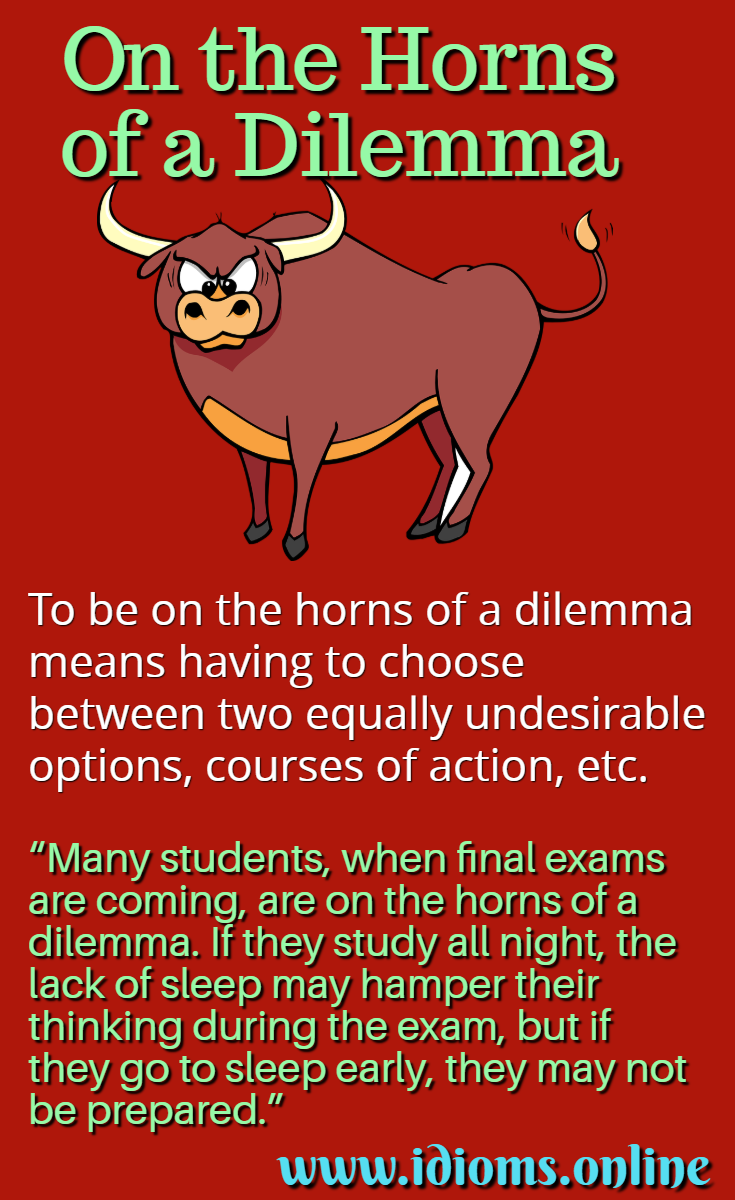 In Medieval rhetoric, a “dilemma” was a “double lemma.”

A lemma was a premise or preposition and a dilemma was an argument which forced an opponent to choose between two equally undesirable premises, both damaging to the opponent’s argument or position. This was seen as being similar to a horned animal, such as a bull. The opponent would be impaled on one of the two horns no matter what choice he made. Thus, such an argument also came to be called argumentum cornutum or “horned argument.” 3Kirkpatrick, Elizabeth M. The Wordsworth Dictionary of Idioms. Ware: Wordsworth, 1995.

Although the idea itself was expressed during Roman times, as an idiom, the phrase was first seen in print around 1600.  4Ammer, Christine. American Heritage Dictionary of Idioms. Boston: Houghton Mifflin Harcourt, 2013.