Meaning of Idiom ‘Spick and Span’

“My aunt, who always kept her house spick and span, used to annoy my mother by cleaning our house every time she visited.”

“If you really want to keep your house spick and span, have a cleaning service come by once or twice a week.” 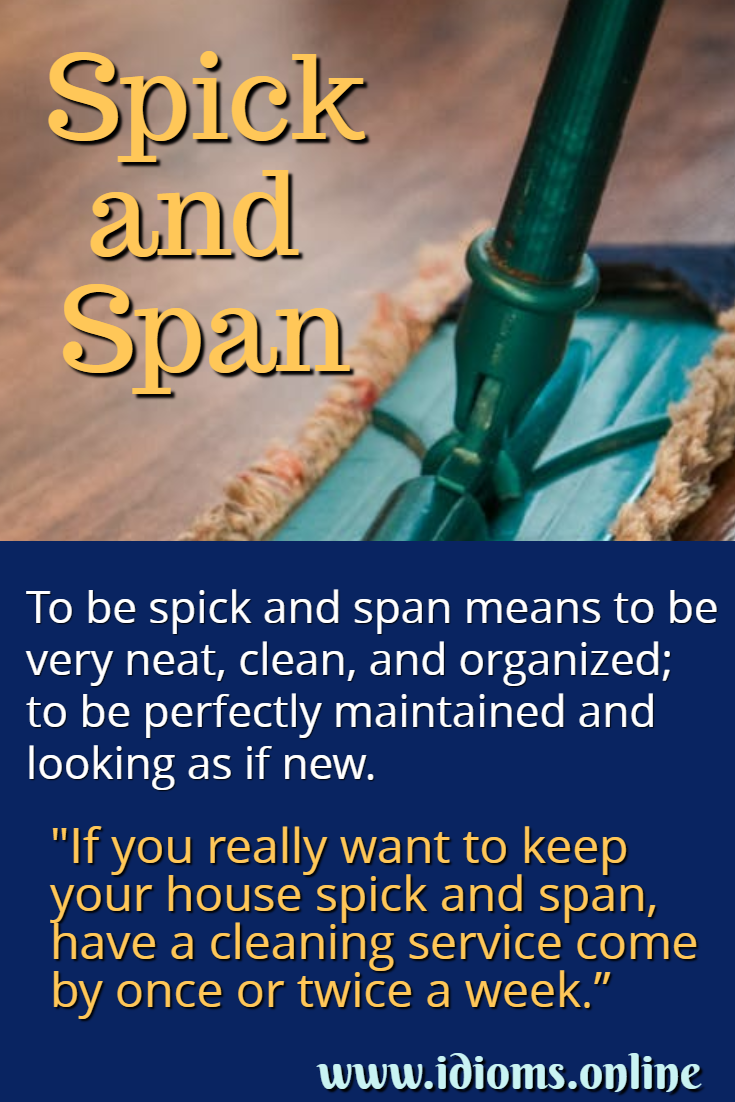 This idiom originally meant “very new.” The idiom seems to have started as “span new,” which was used at least as early as the 1300’s. At some point, the word spick was added to become “spick and span new.” The term spick meant a “nail” or “spike” and the term span meant “a wooden chip.”

According to the American Heritage Dictionary of Idioms, during the 1500’s, a sailing ship was considered “spick and span [new]” when every nail and chip was brand-new. The current meaning evolved during the mid-1800’s. 4Ammer, Christine. American Heritage Dictionary of Idioms. Boston: Houghton Mifflin Harcourt, 2013., 5Bengelsdorf, Peter. Idioms in the News – 1,000 Phrases, Real Examples. N.p.: Amz Digital Services, 2012.

The word spick only surives in the idiom and is considered a fossil word.