Meaning of Idiom ‘Clean as a House Tooth’

Compare clean as a whistle.

“They were all freshly washed and combed. Pa said they were clean as a hound’s tooth, and Ma told them they were bright as new pins.” —Little House on the Prairie, Laura Ingalls Wilder (1935)

“We got a boat specially sterilized fore and aft, swabbed clean as a hound’s tooth. You won’t get dirty, George, ’cause you’ll be the captain.” —One Flew Over the Cuckoo’s Nest, Ken Kesey (1962)

“The candidate had made a name for himself by accusing other politicians of corruption. Therefore, his running mate had to be as clean as a hound’s tooth.” 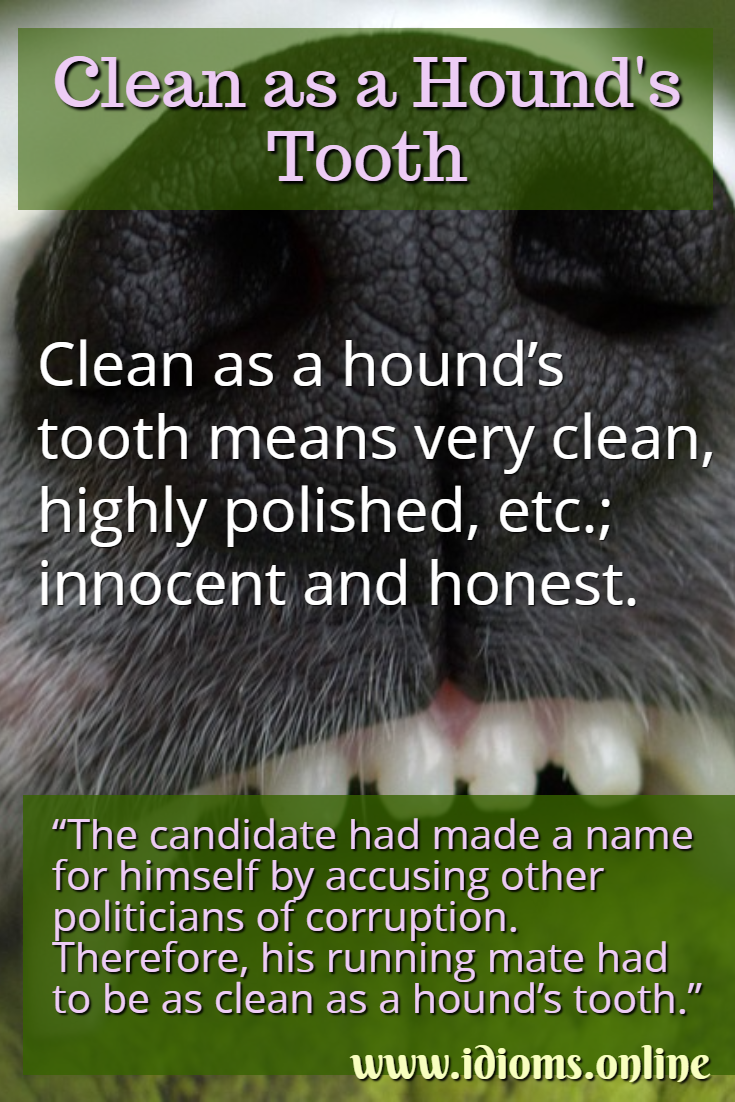 This old and rarely heard rural Southern idiom means the same as the common expression “clean as a whistle.” It alludes to the whiteness, if not the perceived cleanliness, of a hound’s teeth, especially it’s canine teeth, which, when the dog is given plenty of bones to eat appear very clean and white. 3Palmatier, Robert Allen. Speaking of Animals: a Dictionary of Animal Metaphors. Greenwood Press, 1995.

Hound is sometimes a generic word for dog, so this idiom may refer to dogs in general. However, hounds were and still are common in rural areas, prized for their tracking ability.

Used since the early 1900’s, and probably earlier.