Used as a phrasal verb.

In the U.K. used as “sweep something under the carpet.”

“The company swept the product’s technical problems under the rug, but then someone got hurt.”

“It’s hard getting over a breakup, but you can’t just sweep it under the rug.”

“The policy issues continue to plague the city. It has come to the point where they can no longer sweep the problem under the rug.”

“It is best to face up to your problems rather than to sweep them under the rug and pretend they don’t exist.” 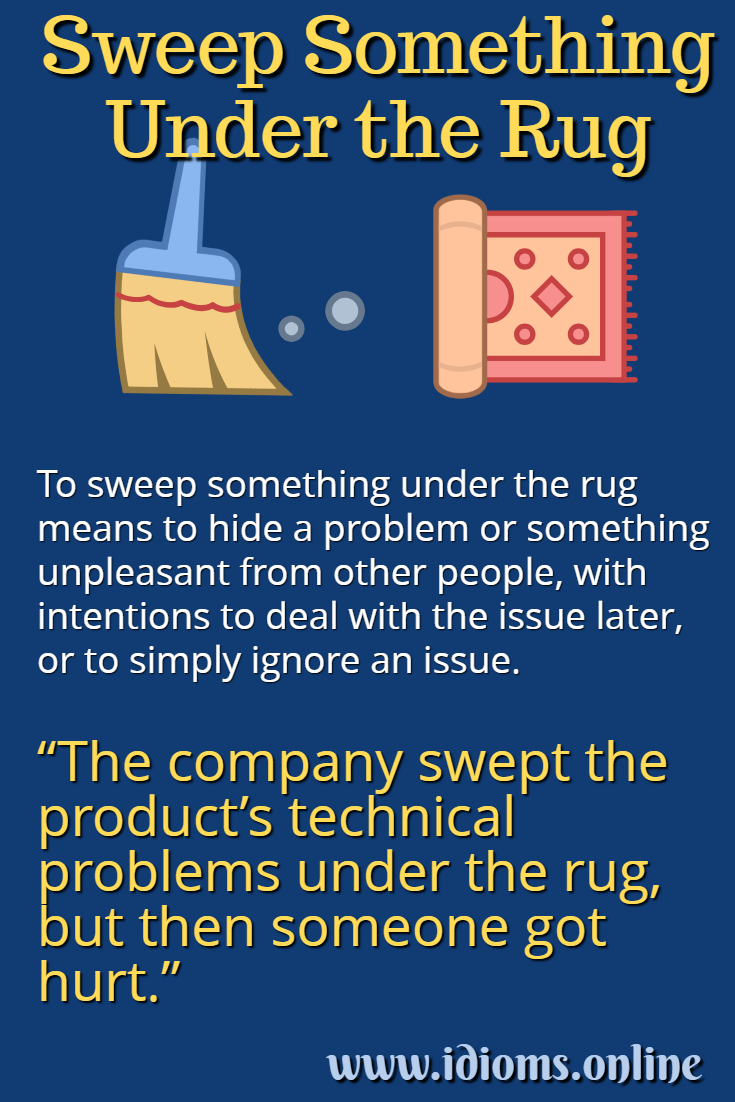 A rug typically only covers part of a floor. If there is dirt on the floor and you are in a hurry to get rid of it, perhaps because guests are coming, you might be tempted to simply sweep the mess under the rug, thus covering it up, so you can deal with it later. Then, your floors will look clean. You have hidden the problem. Yet, the problem is still there. Thus, to sweep something under the rug, figuratively speaking, is not to get rid of the problem but to keep it secret. This has been used as an idiom since the early to mid-1900’s.