Meaning of Idiom ‘At Death’s Door’

To be at death’s door means to be so ill or so badly injured that you may die; to be at a point where death is imminent. 1Ayto, John. Oxford Dictionary of English Idioms. Oxford: Oxford U, 2010. 2Kirkpatrick, Elizabeth M. The Wordsworth Dictionary of Idioms. Ware: Wordsworth, 1995.

To say someone is at death’s door is often an exaggeration.

“My mother calls me whenever she has the slightest discomfort and acts like she is at death’s door. She is perfectly healthy!”

“After the accident, it seemed that Jessie was at death’s door. The doctors were amazed at his recovery.”

“The eighty-year-old businessman is said to be at death’s door. There is little hope for recovery.” 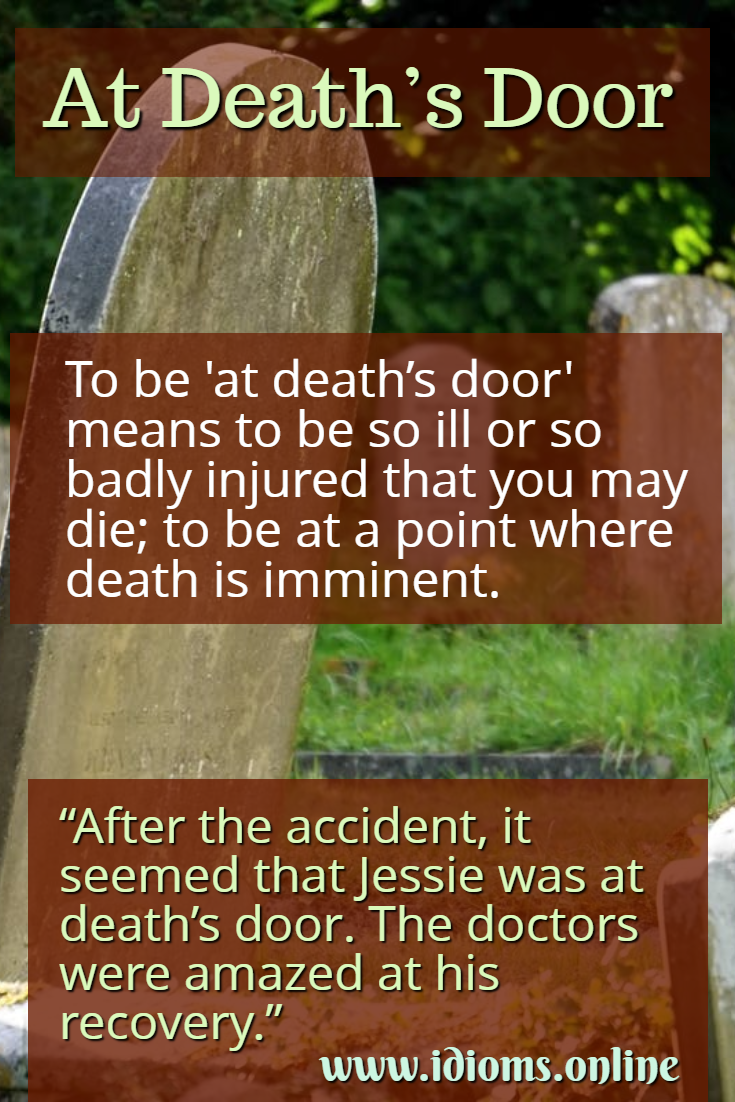 Death has been compared to a door or entryway since Biblical times, as in Psalm 107:18:

“Their soul abhorreth all manner of meat; and they draw near unto the gates of death.” 3Jarvie, Gordon. Bloomsbury Dictionary of Idioms. London: Bloomsbury, 2009.

The full idiom has been in use since the mid-1500’s. 4Ammer, Christine. American Heritage Dictionary of Idioms. Boston: Houghton Mifflin Harcourt, 2013.