Meaning of Idiom ‘Catch Your Death’

To catch your death is an exaggerated way of saying to catch a severe cold. The idiom can be extended to any similar illness associated with cold weather, such as flu.

Most often the expression is used as a warning associated with a lack of proper winter clothing or rain gear.

“It’s freezing out there. Don’t go out in short sleeves. You’ll catch your death.”

“What were you doing out without a coat?” exclaimed Aunt Sally. “You could catch your death!”

“What were you thinking running around without a raincoat? You’re soaking wet and freezing. You’ll be lucky if you don’t catch your death!” 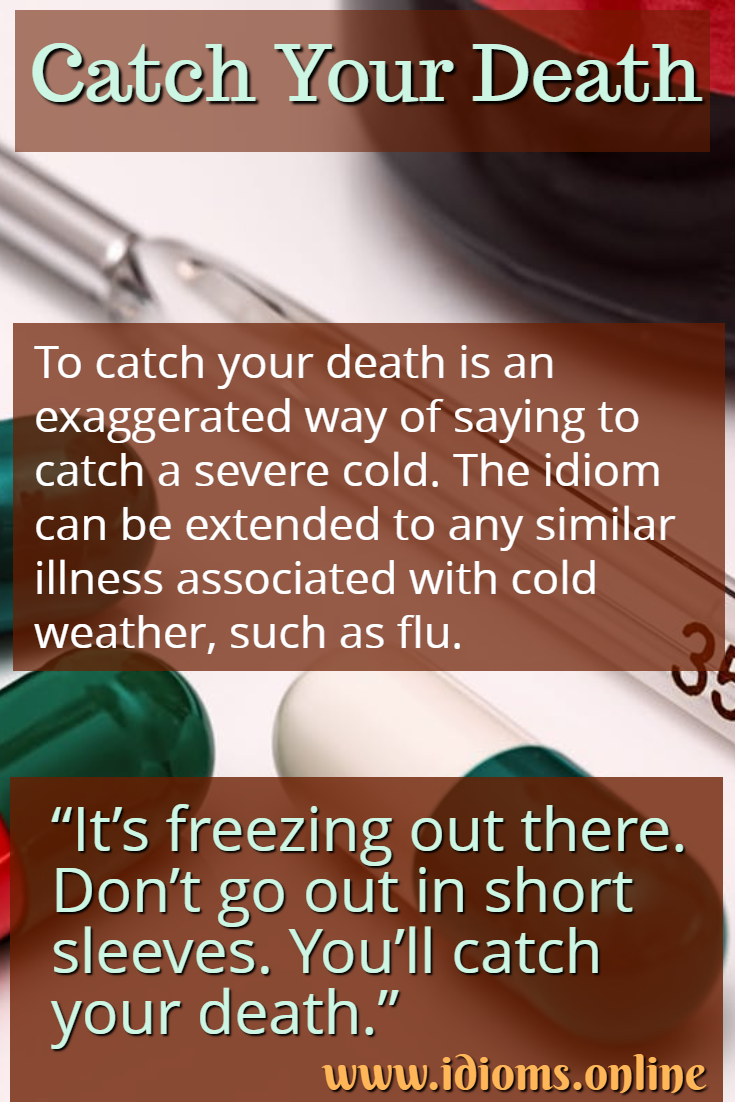 ‘Catch your death’ can be understood as ‘catch your death of cold’ where the cold is understood. It is not meant to be taken literally as a warning of impending death but is most likely a hyperbolic variant of the idiom to catch cold (or catch a cold) which occurred sometime in the 1600’s. Originally, the idiom referred to suffering from exposure to cold and becoming over-chilled but its present meaning occurred by the late 1600’s.