Meaning of Idiom ‘Face the Music’

“It’s time to face the music and admit to your part in the crime,” said the police officer.

“Don’s wife found out about his affair and now he has no choice but to face the music.” 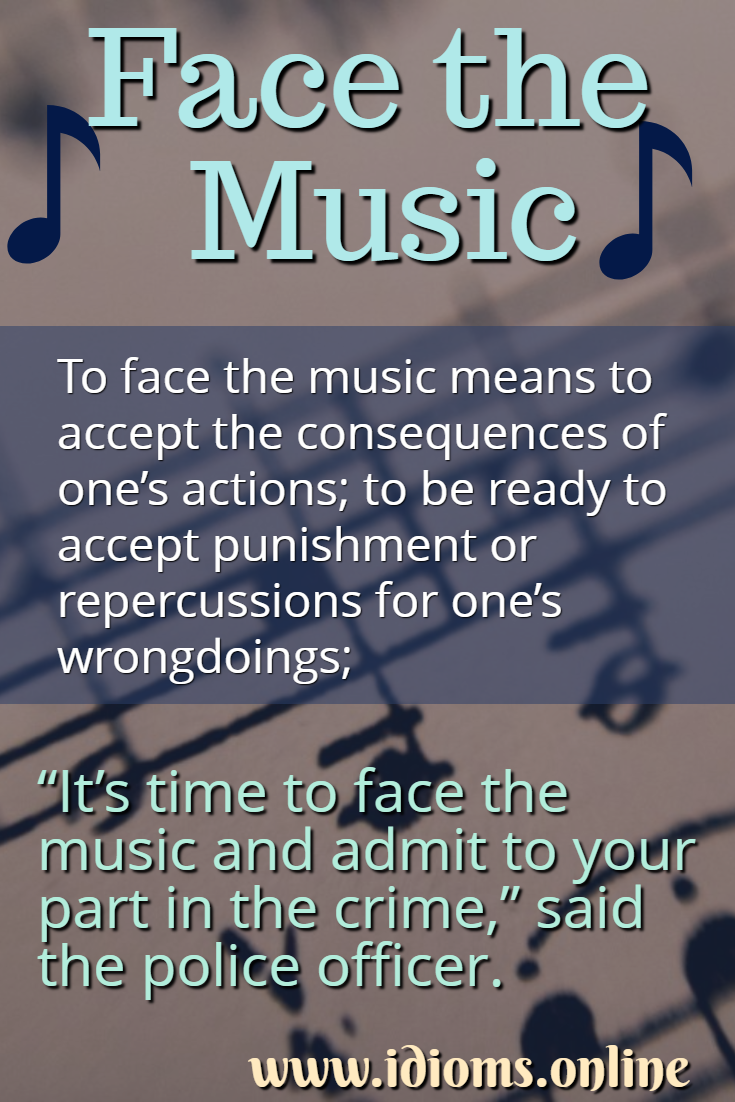 The precise origin of this idiom is unknown but there are two common theories as to its allusion. One is that the phrase comes from the theater, where the music was played by the pit orchestra in front of the stage. Performers would have to face the orchestra, and thus the crowd, which would deliver its disapproval if the show did not go well. The other theory is that it comes from the military, where soldiers who were dishonorably discharges were dismissed with band music. 4Ammer, Christine. American Heritage Dictionary of Idioms. Boston: Houghton Mifflin Harcourt, 2013. The actual tradition, however, was to be drummed out.