Also: Play Something By Ear

Meaning of Idiom ‘Play it By Ear’

1. To play it by ear means to deal with a situation as it unfolds without a definite plan; to make changes or decisions and proceed gradually as a situation demands, without planning out one’s responses in advance; to improvise.

“I think I’m ready to take on more responsibilities,” said Sheila. “I think so too but let’s play it by ear,” said Bowan.

“I’m not sure I can make it to dinner Friday night. I’ll have to play it by ear.”

“Do you think we should announce our engagement tonight?” asked Denise. “I’m not sure,” said Ted. “Let’s play it by ear.” 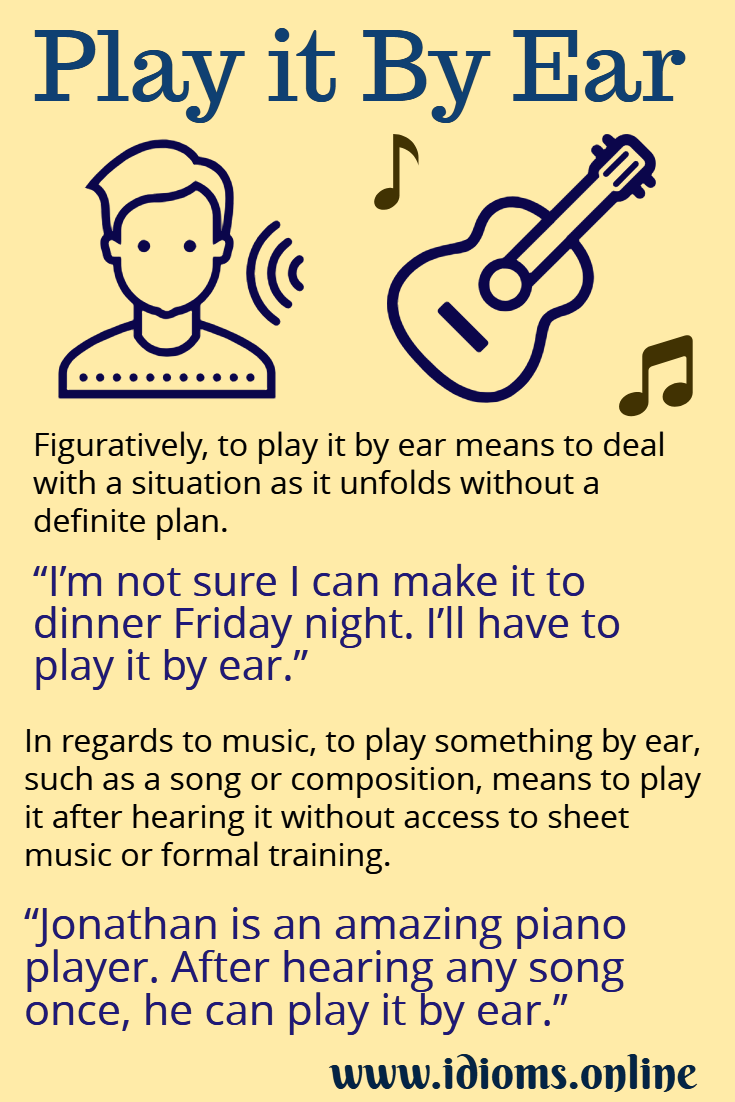 2. In regards to music, to play something by ear, such as a song or composition, means to play it after hearing it without access to sheet music or formal training. This idiom can sometimes be used with other verbs such as “write by ear.”

“Jonathan is an amazing piano player. After hearing any song once, he can play it by ear.”

“Franky was embarrassed when the band handed him sheet music. He had never learned to read it. But once they realized he could play along perfectly by ear, nobody ever said a word about his lack of education.”

“Like most people, I learned to play guitar by ear. All my music is in my head. I never write anything down.”

Alluding to playing a musical composition after listening to it instead of by reading the notes from printed music, this expression has been used since the late 1600s. Its figurative variation came later, during the mid-1900s.