Also:
Jump on Someone
Jump all Over Someone

“Don’t jump down Peter’s throat just because you’re having a bad day.”

“I don’t know why you have to jump down my throat,” said Janet. “All I did was ask you a simple question.”

“Why did you jump down Tim’s throat? It’s not his fault you’re having a bad day.” 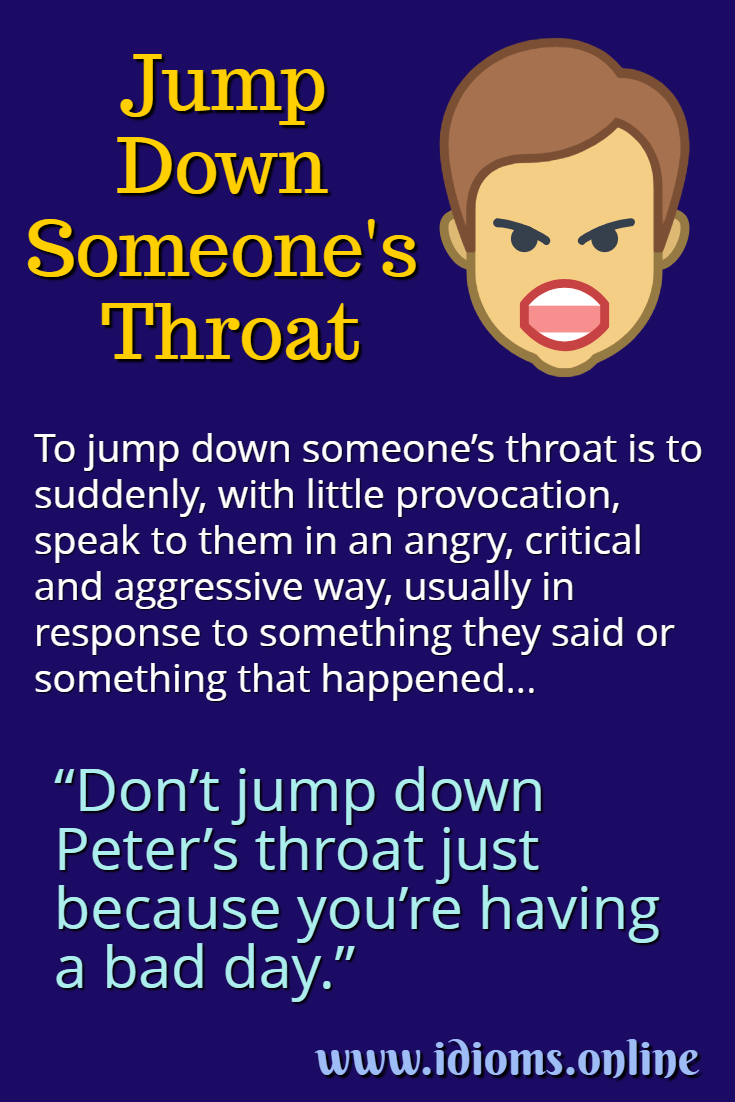 Used since the late 1800s. To jump on someone can mean to physically throw yourself upon them in order to attack them. When used figuratively, it means to attack them verbally. The variant “jump all over someone” is a more emphatic version of the same idiom. To jump down someone’s throat requires a bit more imagination to unravel. Hercules, to slay the sea monster, is said to have waited for it to open its mouth and jumped down its throat, cutting its intestines to shreds with his sword (although some accounts say the monster swallowed the hero). Similarly, to verbally jump down someone’s throat calls up visions of them opening their mouth to say something, and before they can utter a word, you “fling yourself down their throat.”